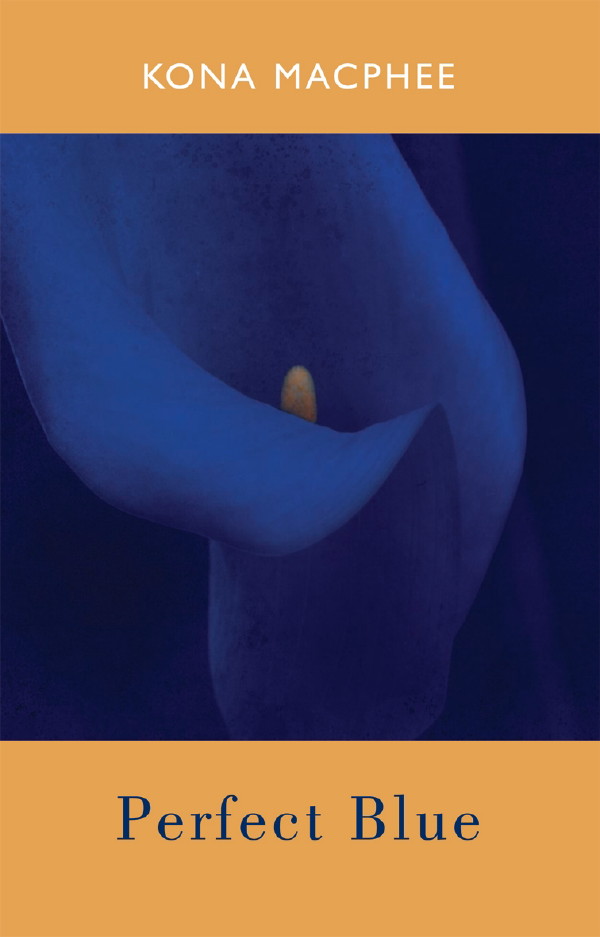 Born in London in 1969, Kona Macphee grew up in Australia. She flirted with a range of occupations including composer, violinist, waitress and motorcycle mechanic. She took up robotics and computer science, which brought her to Cambridge as a graduate student in 1995.

She now lives in beautiful Perthshire, where she works as a freelance writer and moonlights as the co-director of a software and consultancy company. She has been writing poems since 1997, and received an Eric Gregory Award in 1998. Her first collection, Tails, was published by Bloodaxe in 2004. Her second book of poems, Perfect Blue (Bloodaxe, 2010) is now available. Visit Perfect Blue’s Bloodaxe page, Perfect Blue’s dedicated website, Kona’s professional website and her personal website (which includes her Poem of the Week).

“For me, writing is about communication: conveying the emotional state of the writer by recreating it in the mind of the reader. I value the way that good writing can sneak in under the most entrenched defences and unlock an emotional response.

I write poems because I love words – playing with them, building complex interconnected structures out of them, and most especially making music with them. The aural qualities of a poem are always important to me, and I’m only properly happy using a word if both its meaning and its sound are right.

I often use rhyme and strict forms; the artificial constraints they impose can actually free up the creative process and let the truth out. They’re also good for provoking that delicious sense that you’re not making something new so much as uncovering something that has always existed, word by tantalizing word.”


from The Book of Diseases sequence

Note
“It is alleged that the gangster Al Capone contracted syphilis in his early life, and that mental confusion in his last years was due to the tertiary phase of the disease.”

What was the first site of the infection?
Was it his beefy face, the slashed left side
he turns away in photos? Something else is marred
by scars he paints in not-quite-outright lies

as war wounds, but not anything
the Five Points Gang would recognise; besides,
what prickly truth could vaccinate against
the dark concealed beneath the underground?

Within the gilded fortress of the Lexington Hotel,
no skin will speckle with the backspat residues
of gunfire, rented muscle will not flex,
blood will not spill, unless he orders it.

Outside, there’s jazz and moonshine flaring up
in speakeasies: contagious rhythm, bouts
of drunkenness and whoring. There are bars
that no-one sees, but everybody knows.

In Cicero, a page of winter snow might blot
the ledger of the streets, collude in brief
with whitewash and denial, filling in
the bullet-pock stigmata, sheeting-over sin;

but here in Frisco Bay there’s just a fog
that rolls in from the sea and hangs
a muggy drape of bafflement: at last
he’s fingered by the one that got away.


Read Kona’s online commentaries for The Book of Diseases and ‘Syphilis’.


View from a window
Kona Macphee

the birds pass –
the robin and the finch, the sparrow and the crow
they come, they go

the hours pass –
in carnal cells their winkling fingers soon unlock
they tick, they tock

the hurts pass –
as do the joys; in joint or alternating reign
they wax, they wane

the clues pass –
these smatterings, these prickled inklings from the deep
they wake, they sleep

the days pass –
and though I scrape their marrow or refuse them all
they rise, they fall

the birds pass –
wild shadows, gifted that they live but do not know
they come, they go


Read Kona’s online commentary on ‘View from a window’.

Read more poems from Perfect Blue. The companion website also provides author commentaries on each poem, intended to provide a friendly accompaniment to the book (particularly for readers who are new to poetry). 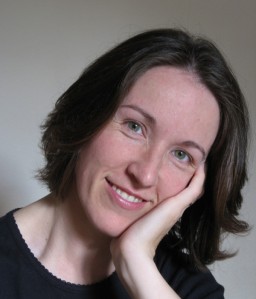 “Kona Macphee’s poetry has a genuine lyricism and mystery, together with a bold experimental diction”


“Kona Macphee’s finest work presents a perspective whose detachment is rooted in genuine care for what it sees, as though the refusal to centre the poems in personal subjectivity will provide the most intimate connection to the world. Add to this meticulous attention a lyricism based on compressed syntax and skilful consonance … an impressive range” 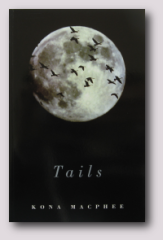 Kona is selling copies of her first collection, Tails (Bloodaxe, 2004), to raise proceeds for UNICEF.  Please help by ordering a signed copy here.