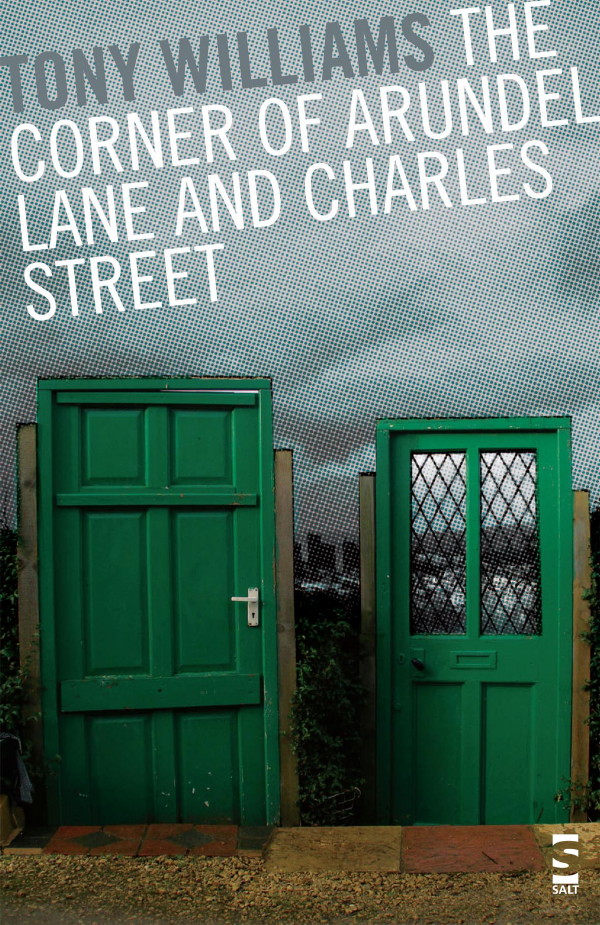 Tony Williams’ first collection The Corner of Arundel Lane and Charles Street is published by Salt. He grew up in Matlock, Derbyshire and now lives in Sheffield, UK. He has published poems in a range of print and online journals including the TLS, Poetry London, Shearsman, Rialto, The London Magazine, nthposition and Shadow Train. He works as a graphic designer and teaches at Sheffield Hallam, Salford and the Open Universities.

Praise for The Corner of Arundel Lane and Charles Street:


‘from all our cultural loam and junk, Williams has made real magic’

‘voice with a unique lyric heft, its subtle praise-making poised between pity and dislocation’

Matt Nunn, Under the Radar


A cock-pheasant on the steaming muckheap:
Prospero admiring all. Those deep inks,
the bludgeoned, sexual midnight and a pope’s

vermillion, are his interiors. He stands,
coat-tails trembling in the breeze, and smokes
and gazes out across the wooded sea.

Mock-Tudor dragonfly, he delays his flit.
Behind him are the lit boxes of his ease,
where guests and sisters sit and wait.

His mind is gaslight. His gaze travels over
the flocked regimental walls, the farm’s brickwork:
it seems as if he is about to speak.

The meal is ended. Watching the evening droop,
he hears the clearing of the plates, the tinkle
of a pianola, stubs his Rey del Mundo

in a jardinière, and puffs his breast.
A cloud-mass dulls the sheen of his regalia.
He shivers: his island has grown suddenly cold.


Where else do people start to look
for their loved ones but in themselves?
The nip to the shops, the route to town,
a place they stop with the wheelie bin
and just look and think of somewhere else—
the rhododendrons in the park,

the alley where you might have been
wherever you were going, why,
and who to meet; and then they think
of the jeans you might have worn, the pink
T-shirt and what its slogan, I
Don’t Know You, quite what that might mean,

and while they’re rummaging upstairs
to see what’s dirty and what’s clean,
which of your things are indispensable
and still there, they start to wonder where
you’d go if you were you. Or run,
according to the sort of trouble

you were in. And then they think
obscurely of the hardware shop
whose awning shades the silent street
below the town hall’s hulk of soot,
grandfatherly advice, the stink
of metalwork and rubber clips,

and how from there a path might drop
between a graveyard and a gritstone wall
towards the centre of the place,
the domes of cobbles on the slope
pressing their feet, an infant school’s
high hubbub out proclaiming peace.

A laughter in the local accent
floats across the pond. They sit
till nightfall at the swings’ stilled
pendulums, watching a face concealed
by sky and mortar, stone and light.
I’m here, you say. The town. I’m found.


from The Corner of Arundel Lane and Charles Street (Salt, 2009)

Order The Corner of Arundel Lane and Charles Street.

1 thought on “The Corner of Arundel Lane and Charles Street”