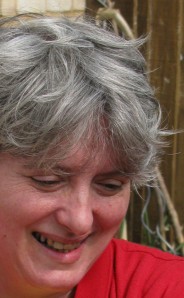 Anne Stewart is the founder of poetry p f and her ‘day job’ is providing technical services to poets and poetry organisations on a freelance basis.

She created and runs the Second Light Network website, is Administrator for the network, and was co-editor with Dilys Wood of ARTEMISpoetry (Second Light Publications) Issues 1 to 4. She assists at the Enitharmon Press/Enitharmon Editions publishing house (London), is the Kent North West Stanza Rep for the UK’s Poetry Society, Vice President of the Shortlands Poetry Circle, a poetry appreciation group founded in 1911, and UK Language Consultant for the online ‘Translation Café’ (English/Romanian) run by Prof Dr Lidia Vianu in Bucharest.

In 2003, she was awarded an MA (Dist.) in Creative Writing by Sheffield Hallam University (tutors Sean O’Brien and EA Markham) and was selected in 2005 as one of the graduate poets in the Ten Hallam Poets anthology (Mews Press, eds. Sean O’Brien, Steven Earnshaw and EA Markham). The anthology attracted high praise from top-calibre poets, Don Paterson, Julia Darling and Helen Dunmore. In 2008, she won the Bridport Prize for her sonnet, ‘Still Water, Orange, Apple, Tea’.

Her first collection, The Janus Hour, was published by Oversteps Books in 2010. 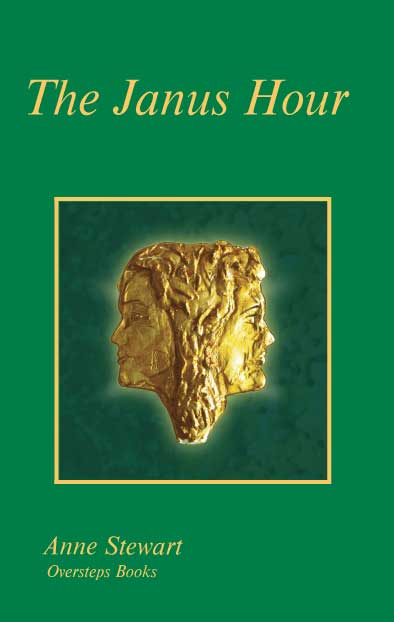 I’ll take you to an island, any
Greek island town with winding
uphill paths, and as we reach
the highest, steepest bend,
steady yourself. Catch your breath
and turn, be careful of your footing, the stones
are loosening in the crumbling earth,
and there it is:
the line of trees,
the simple line of trees
I want to show you.

So small, so far, you hardly know
what shape they are, though these nearby
amongst those terraces perhaps you recognise
as olives? The green of these is soft,
exquisite to the touch and eye, if eyes
could feel the things they see.

I holiday much less these days.
But that isn’t what I miss you for,
those little Englands, lazy Autumn evenings
in the Spanish islands.

You never could have tried these paths
― never would have chosen to ―
left tired by all your own old steepnesses;
but the far trees, see, before the dark light falls,
how they glisten like sapphires
setting off the world.
I wish … That is …
I just wanted to show you
something beautiful.

with the careless threat
of a man-less night by a dreamless man
seeking refuge in that dead place of her own;

that dark not used to choice or given to refusing
but beginning to wonder if such a losing
would be so bad a thing.

Cold enough for out on a limb
You are the kind of man she told him,
and he listened, and was never seen again.

One day, when my breasts were still thinking about it,
and I woke my older sister in the morning,
I asked her but where do you put them at night?
She told me Don’t worry. They sort themselves out.
I imagined them ducking her upper arms as she tossed and turned
and, when she rolled over, levering themselves out from
under her sides.
Soon I was carrying mine behind a shield, I thought,
of folded arms,
turning their whispers into a shout.