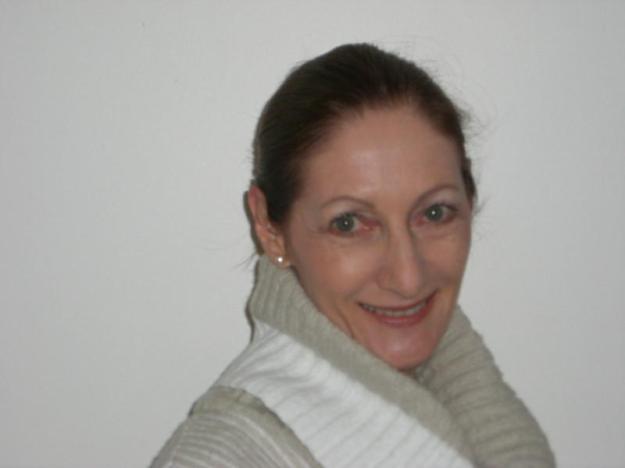 Gail Dendy was first published by Harold Pinter in 1993, her subsequent collections of poetry appearing in South Africa, the United Kingdom and the United States of America respectively. Her poetry and, more recently, short stories, are regularly published in journals and anthologies. An internationally trained dancer, Gail helped pioneer Contemporary Dance in SA between the late 1970s and the early ’90s. Other passions are environmental- and animal-rights issues. She lives in Johannesburg together with her husband, pets, a law library, and a huge collection of rock ’n roll.

“Gail Dendy is one of South Africa’s most unmistakable and unique literary voices. The singing quality of her poetry soars and swoops, transporting the reader into a world of glittering magical realism. In this book a moon ripens in the window ‘whole and lemony once more’, mothers express longing and love, the sun and moon argue, there are gypsy women and a fantasy piece with Shakespearean characters. This book is truly alive, presented in language that ‘rings like a gong from here to the far end of the world’.”

“Gail Dendy has grown in stature as a poet … Her poems are intriguing and at times playful, and she is in complete control of her subtle lyrical gift and delicate technique.”


“Gail Dendy moves across the landscape of a remembered past, and fictionalises into imagined other lives … An important voice in South African poetry, Dendy’s words are delicately polished jewels.”


You took your books and wound an island
as a silver ring about your finger.
I was there in the inlet, tussling
with a tide that had seen the moon

sleep badly one night, shoring wild, unholy dreams,
awakening with eyes spewing a milky pus
and a throat dry as thunder. I saw

your daughter, a godsend of perfunctoriness.
I didn’t bow. I didn’t kiss her hand
or make small talk. She lit a corner of the room
by shouldering its dank mustiness

and heaving it like logs on to a flame.
No one could hear her, though a night-jay
alighted in the pink dimple of her shoulder

and snatched at her ear before diving
through watery forests in search of
daybreak. It was then the hills
clawed backwards, snorted as though submerged

and with them the flotsam our ship had placed
on a luckless, unmarked spot. The sea blanched and stiffened.
We were trapped in ice the entire season.

After the thaw I sought her in impossible places,
laid feed for the birds, and took to kneeling
at each well to watch the moon in its stony berth.
Little good it did me. And so I cut

the pages of your books to use as canvas,
took matchsticks for rigging, icicles for wind-chimes,
and always the suspicion that she far preferred

the heat and stench of that brutish Caliban
who straddled the island like a bedded lover,
lifted his coin at the sight of her,
swore and cursed, filched her father’s goods,

and on heaven and hell loudly proclaimed
his sweaty oaths to sire some dozen like him,
cripple the pyramid of state, up-end the isle,
and so rinse this place in sore democracy.


And my mother would search for her hairpins
on my father’s side of the bed,
and in the morning would light the fire,
and we would break bread, and eat.

And she would search for us
in the damp forests, between
the owl’s call and the deer scent,
and when we came home, she would light a fire.

And she would light a fire
at bath time, and slip off her robe,
and soap her legs and her belly
and pin up her tresses, and braid them,

and I saw how she would light a fire
in my father’s eyes, and search in the mirror
for his approval, and he would stop
writing with his slim pencil,

and his eyes would search for the pins
in the grey snow of her hair,
and the deer were far away,
further than the owl’s call.

The Terrible Quest for Size Zero


Fashion photographers vaporise inside their own glare,
models’ legs appear never to be joined at the hips,

my hair is cinnamon coloured and braided to the hilt.
My daughter is aghast at her own weight,

stands at the mirror, towel across her shoulders,
cries. I can tell her she’s beautiful and attractive,

I can tell her she’s perfect for her size. I can tell her
she should take none of this to heart. She’s searching

for Size Zero while two doors away her father
is cutting down tree stumps, her grandmother is lost

in the woods, her brother is gambling away a fortune,
and her unborn sister knows neither breaststroke nor crawl.


My children have pulled the rain
thickly around their feet.
They have slept in the small cave
of an oak, have wrapped themselves
in nuts, and bark, and become green.

My children never speak.
I feed them honey and raisins
and make bird-sounds against the windows.
I sew little blankets for mice to amuse them.
The sky drifts and is still,

and I plug its leaking teats
with all the words I can think of.
I darn its blue blouse with consonants
and pick off the fluff of vowels
as white as sheep in the fields.

The oak tree is solid and my children
cling to its silence.
I have done with sleep.
In my dreams a prayer
fells the tree like an axe.

Closer Than That is soon to be available from Exclusive Books branches at an  estimated retail price of R105 or you can contact dyehardpress@iafrica.com.

3 thoughts on “Gail Dendy’s Closer Than That”