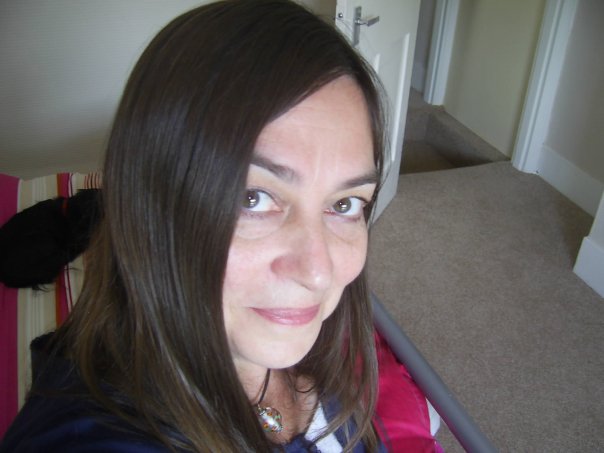 Adele Ward lives in North London with her sons Stefano and Danny. She worked as a journalist and author of nonfiction before spending four years in Italy where her children were born. She was one of the first students on Andrew Motion’s postgraduate creative writing programme at the Royal Holloway, University of London. Her poetry has been anthologised and broadcast on national and local radio, and other publications include a selection in the first Bedford Square anthology published by John Murray. In summer 2010 she set up Ward Wood Publishing with Mike Fortune-Wood, and in 2011 she started the regular Friday Night Writers event in London. 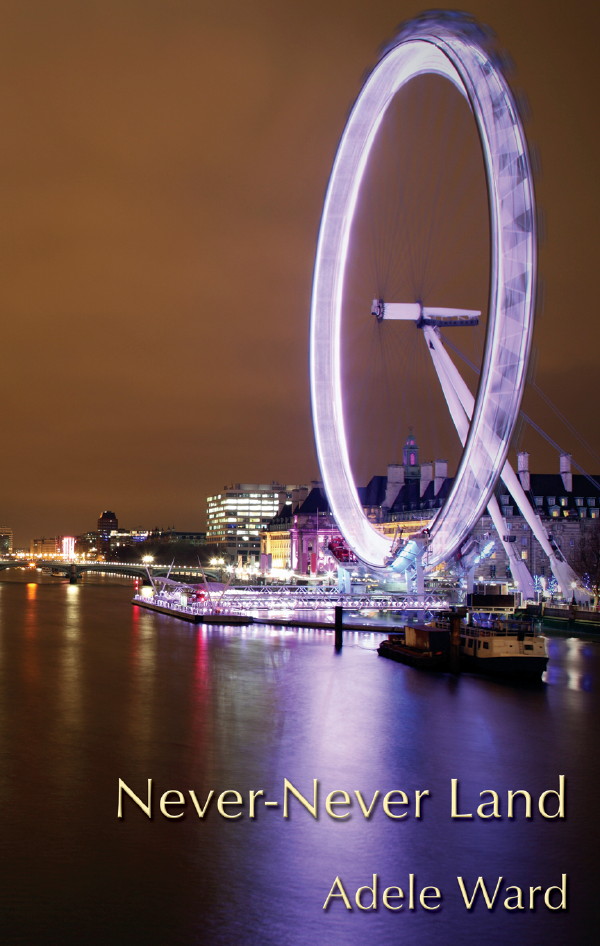 “Never-Never Land is the debut collection of poetry from Adele Ward. This collection takes the reader on a journey through the poet’s life with a satisfying outspokenness on subjects usually kept hidden. Changing locations mark our different stages and experiences: from London to Italy, the scenery may change but the startling openness is constant. Although the writing is autobiographical it is not introverted; it looks outwards to the stories of others and the relationships and events that shape a personality.”

“The final sequence about childbirth is particularly moving. These are precise, powerful and unflinching poems – brave stuff.”


“I love this collection. It’s the best I’ve read for a very long time. Precision and emotion running together, and a rich variety of themes. Fearlessness too. The poems I particularly liked: ‘Eclipse’, ‘Today’, ‘The Muses’, ‘The Boy at the Guest House’, ‘Caring’, ‘Gooseberries’, ‘September’, and, above all, the three wonderful, painful, loving poems about childbirth.”


“There’s a fantastic range of life between the pages of Never-Never Land, set down with a finely understated narrative style that not only gives the poems room to breathe and expand, but also heightens the visceral jolts of shock that Adele Ward delivers with such a sure touch. Ward glides effortlessly over the surfaces of things with a precise eye, whether the crisp sheet of an Italian bed or the hairiness of a gooseberry; lingering just long enough to allow the reader a glimpse of what lies beneath: the shadows and ghosts, the things half articulated which pull us in and make us catch our breath.”


Saturday, 1am.
It’s just you and me again, sister,
with seven storeys between us.
My baby can’t sleep
so I hold him here on the balcony
where mosquitoes love me.
At your post by the kerb
you’re a goddess –
black skin gleaming against
the red flare of your dress
in lamplight, moonlight
and approaching headlights.
The wives are already one month gone
to holiday homes by the sea.
There’s no need for your pimp to linger
moulded to that tree trunk
on his time and motion study.
You squeeze the short red tube of your dress
into a production line of Fiats.
I worry over your empty slab
until your stilettos cross it and you
squat by a tree,
roll up your hem like a stocking
and clean out the last client.
2am. I put my baby in his cot
then stay here with you.
My husband expects me awake.
The throb of the lift and jolt
of the lock is him, jarring the silence.
He will pull out a wad of notes
from his shirt – count half for me
with a licked finger.
All week they’ll give off
a sweet smell of sweat
passed to them from the hands of men and women
and the hot damp pockets they’ve lined.


At the time of the last solar eclipse
we were still together.

They were selling viewers in Tesco’s,
one pound a pair, so I bought two.

You wasted your money, my husband said.
He’d already bought his.

When the countdown started
both my pairs were lost –

so I stood in the garden watching my husband
watching the eclipse.

He said it was disappointing.


Although the women poets come alone
the men might have one:
a jean-clad sylph, flawless
without the aid of Revlon.
Their fixed smiles never flicker
while he recalls the crumpled sheets
in deft metaphors of loves lost.
Adoration renders them radiant
as dazed Madonnas, wide-eyed
as the dandled child.
They are sequenced, so similar
the seam is invisible where one
ends and another begins –
the lovely Judith, the lovelier Margaret,
who left her beaded bag to save her seat
and spent her poet’s reading in the bar,
then disappeared, leaving a vacant place,
shaking the dust from her designer shoes.


The horsey girls rode past each day –
square in the saddle, backs straight,
while I craved a cream-coloured horse,
a wine-red riding jacket.
So I raced my bike
at a gallop up Bradcutts Lane
to straddle the fence at the paddocks
where horses ran free.

My favourite ambled over,
raised a velvet muzzle to my nose
and we breathed each other’s breath,
exchanging lung scents.
Then rested heavily on my shoulder,
beard-coarse hair stroking my cheek.

Until the horsey girls surprised us,
blond hair gleaming anger from rigid plaits.
Their jealous rage was sparks off flint
from glassy eyes and polished boots.
They would have liked to whip me
with the curved tan leather
of their fist-clenched riding crops.

But I bowed before them,
shamed by their ownership,
as a circus-horse humbly
kneels, its head lowered,
or awkwardly paws the ground.
While the horse gamboled off
with a flourish of carousel tail,
the joy of a bare back and a kick
of both rear hooves
at us and into the sky.


That was the first time I saw orchids.

A neighbour called over the hedge
though he didn’t like children.
Being twelve I obeyed,
even if his mouth was too
old man voluptuous.
Glaucous eyes behind
thick lenses caught and held me captive.

I followed
into a dark back room
where his wife sat in the corner,
so still she might have been dead,
then stepped around

He showed me his pride: cymbidium orchids –

See how they grip the climbers:
they live on trees,
sucking up water and leaf litter
as it drips down the bark.

Epiphytic, he called them.
Parasites, I thought.

Hold out your hands.

He sliced off an orchid head  –
planted it, corpse cool,
in my upturned palms.
I held it: stemless, wounded,
incapable of survival.
Nothing but a gaping mouth –
amputated, silent.

Then he took a hooked knife,
cut away clinging roots
and tore through, as if
parting curtains.

Look. That’s where I watch you play.

From his hide I peered
into my own clearing: a square of lawn –
sunlight painful after the shade.
My own discarded tennis racket waiting.