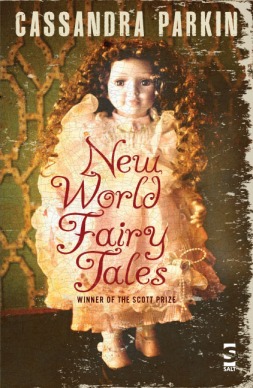 
Like most writers, my childhood was soaked in fairy tales. Even before I could read properly I spent hours poring over the illustrations of my Ladybird editions of Cinderella, Snow White, Sleeping Beauty and Rumplestiltskin and reciting the text from memory. Slightly older, I was fixated on my mother’s hardback edition of Grimm’s Fairy Tales, with illustrations by Arthur Rackham and very little expurgated.

I think it’s impossible to overestimate the debt we owe to these stories, or the number of times and ways we retell them. They’re some of the very first narratives we learn; they tell us the things we human beings need to know to understand each other, in ways that have meaning whether you’re four or ninety. They deal with the very bones of life – birth and death, love and jealousy, sex and violence … They’re dark and bloody and sexy and visceral, and in interviewing their tellers and recording their voices, the Grimm brothers undertook one of the greatest acts of cultural preservation of the last five centuries.

But there’s no getting away from it – almost everything about them is weird. They’re heavy on action, but oddly light on explanation. A whole bunch of stuff happens; why it happens is up to you. Why does Chicken Licken believe Foxy Loxy when he tells her the King lives in a hole in the ground? Why does the Princess love her golden ball so much that she’ll kiss a frog to get it back, and what on earth did he do to end up a frog in the first place? Why, exactly, are seven adult men, all with dwarfism, living together in an isolated cottage with no female company? How could a teenage girl mistake a large carnivorous predator for her grandmother? Why are all the princesses beautiful and all the witches ugly? Why does Death want a Godson? How can pigs build houses, and why do they share a common language with wolves? Why does Cinderella hide away from the Prince? What the hell is going on?

The easy answer is “Well, they’re all metaphors, aren’t they?”, and of course, in many ways, they all are. But I wanted to see what would happen if I tried to re-tell some of the original narratives as modern, believable, adult stories – tales where real people with real lives really do fall in love with a masked stranger, or climb the beanstalk and rob the giant, or discover a beautiful prisoner trapped in a tower by a witch. I wanted to find the real-life equivalents of Godfather Death and the Wicked Stepsisters and the many, many Big Bad Wolves, and tell their stories for modern audiences. The result was New World Fairy Tales.

The most exciting part of writing the collection was exploring how much – or, more accurately, how little – I had to change to make the tales work in a contemporary setting. While some elements (Jack’s beanstalk) found their place as symbols, others (seven workmates with dwarfism) work surprisingly well with no amendments at all. Names, puns and modern colloquialisms felt as though they’d been expressly designed for some of the animal stories. Even elements which seem, at first glance, to belong entirely to the world of Faerie – such as the power of knowing someone’s true name – turn out to be surprisingly true. I found out one afternoon that there really is a fabric so light and delicate that a small garment made from it could feasibly be compressed into a walnut shell. It’s made from the filament tufts used by molluscs to attach themselves to rocks, and it’s fabulously expensive.

The decision to place New World Fairy Tales in America came very early on. If you’re British, America is as close to the original landscape of Grimm’s Fairy Tales as you’ll ever get. I don’t mean this in a flowery oh-my-gosh-your-country-is-so-amazing way (although it is). I just mean that if you stand in Britain, look out across the ocean, and then compare the two landscapes – America and Fairyland – they come out very similar. America contains all possible spaces and places; mountains and deserts and plains and oceans, great cities and curtain-twitching suburbs and tiny, isolated rural hamlets. It’s composed of many kingdoms, loosely federated, each with their own distinctive culture and autonomous power. Getting there requires a long and arduous journey, and when you arrive at the border, it’s weirdly difficult to get in. Its population is at once more devout and more violent than we are; when we visit, we tread softly and are cautious with what we say, and to whom we say it. Even if we’ve never been before, it looks strangely familiar – after all, we’ve been there so often in our dreams. Its citizens speak our language, but also … don’t.

Oh, the language, my goodness, the language. When I look back on the start of the New World Fairy Tales project, my main emotion is utter bafflement at myself – “Hey, I know! I’ll write an entire short-story collection in a language I don’t actually speak, set in a country I’ve never lived in!” What was I thinking? How much more arrogant could a writer possibly be? But there was never any question for me that these fairy tales belonged in the New World. Learning to reproduce what I hope are convincing American voices was a humbling and wonderful journey. I spent hours emailing and chatting to my unbelievably kind and patient Stateside friends, trying to learn the rhythms and cadences of American speech. I read, and listened, and talked, and questioned, and then read and talked and listened and questioned some more (seriously guys, thank you for everything you did and for all the stupid questions you answered). Even at the final proof stage I was still frantically combing through my manuscript for rogue instances of Brit-speak. I’m sure there are still places where, despite my best efforts, my roots are showing.

Choosing which stories to include in my submission to Salt Publishing’s Scott Prize was a bit of a balancing act. I wanted to reflect the wild diversity of the Grimm brothers’ original collection – to include not just the romances, but also the horrors and the comedies and the mysteries, and the tales that are frankly too strange to be categorised. And all in only forty-five thousand words! Since Salt’s list includes some of the most scarily talented short-story writers of our time, I almost didn’t submit at all … Eight months after the announcement of the 2011 prize-winners, I still can’t quite believe I’m one of them.

Cassandra Parkin has a Master’s degree in English Literature from York University, and has been writing fiction all her life – mostly as Christmas and birthday presents for friends and family. She is married with two children, has so far resisted her clear destiny to become a mad old cat lady, and lives in a small but perfectly-formed village in East Yorkshire. New World Fairy Tales (Salt Publishing, 2011) is her first published book. 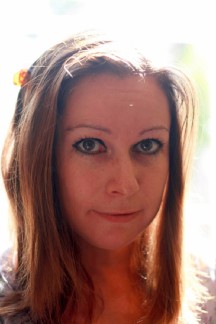