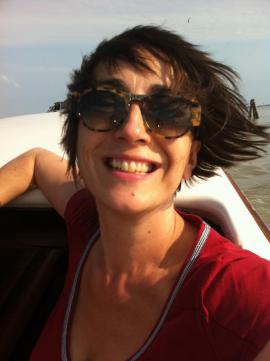 Emer Gillespie began her career as an actress appearing in films such as Sammy and Rosie Get Laid and The Cook, the Thief, his Wife and her Lover and on television in Chimera, Ultraviolet and Troubles. She began to write in her early thirties and has published two novels, Virtual Stranger, which was long-listed for the WH Smith first novel award and Five Dead Men. Emer has won or placed in several script competitions in the United Kingdom and the United States and last year she was awarded a Writers Development Award through Northern Ireland Screen and the BFI for her feature thriller, The Agreement. She was also selected for the Women in Film and Television Mentor Scheme, which runs throughout 2012. She is currently finishing a new novel set in Ireland in the 1970s and is also working towards an MA in Poetry and Translation at the University of Kent. Poetry has always been her main interest and private passion. Brought up in Belfast, Emer lives and works in London. 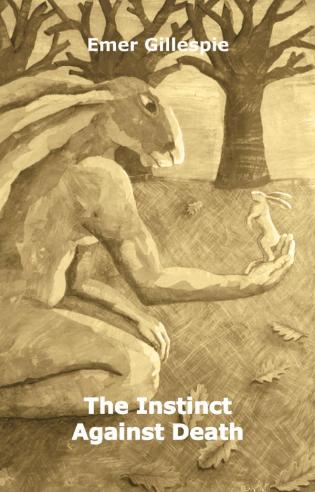 “The Instinct Against Death (Pindrop Press, 2012) is a book in two parts. The first section comprises a long poem, in the form of a dramatic monologue, which retells the Demeter myth. This is a form that Emer is well placed to write, understanding not only how to hold a reader’s attention, but also how to keep an audience spellbound. ‘Demeter’ is an astonishing achievement – Emer has taken the myth and retold it in a way that transcends time. The voice of Demeter is wholly believable and to sustain this through a poem of length is quite a feat. The sequence is especially successful when read aloud, which speaks to its origins in both myth and the epic/long poem. In the second half of the book, Emer has collected a series of powerful, fiercely honest poems, which write of the every day, the hearth, the heart, yet are infused with magic and myth.”

“Emer Gillespie is a writer for whom ‘the magical’ and ‘the real’ can be effortlessly, exquisitely blended, resulting in rich, psychologically complex, nuanced poetry. In the stunning opening sequence, using direct, energetic language, Gillespie re-imagines the story of Demeter’s search for her lost daughter, Persephone, both as a classical myth and as an agonised contemporary tale of loss, learning and redemption. Demeter’s pain is palpable, visceral, eternal. Throughout this collection, Gillespie examines, with unflinching clarity and a restless quest for personal honesty, motherhood, love and friendship, with all their complexities, contradictions, unspoken betrayals. Emer Gillespie is a courageous poet who deals in blood and sunlight, grief and birdsong.”

“‘Whose loss brings darkness?” I have been hoping to see this book happen ever since Emer’s powerful and mesmerising performance of the opening dramatic monologue. As deceptively nonchalant in her contemporary spin on the ancients as Eavan Boland, she controls our attention in story and sonnet till we can in fact hear a pin drop.”


For nine days and nine longer nights,
I searched everywhere.
In shopping malls I put up posters of my daughter,
‘Missing’. In Westfield, gangs of girls linked arms
and passed them by without looking.
The hive hummed on without her.
In ancient times the Minotaur was locked up
deep within the bowels of the Earth.
A winding maze, a Labyrinth,
designed by Daedalus, father of ambitious Icarus,
kept him in his place. The price?
Seven boys and seven girls brought to
satisfy his appetite for human flesh.
All know that Theseus defeated him.
The Minotaur is dead, but the Beast lives on.
This annual harvest of our girls –
year in, year out, it comes about;
no one knows who next or when.
At least in ancient times the victims
found some glory. Their plight, their sacrifice,
bought freedom for the rest.
Now we lose our perfect daughters one by one.
Each sordid story soils our whole society.
I knew someone had seen just her sex –
not my Persephone.


I thought of Helios and how that day
he couldn’t look me in the eye.
Hecate agreed to wait a while.
She hung low in the sky as the sun rose,
a perfect orb of white against the palest blue.
Stuck between the two of us, he could not hide.
Still he tried, covered his eyes with cumulus,
wrapped himself in thunder clouds –
their rumbling did not frighten me.
He swore he hadn’t lied.
I knew he hadn’t told the truth.
Such equivocation is deception by another name.
And so Erinys I became. Furious, I pulled back
the clouds he tried to hide behind, threw off my veil,
my golden hair the perfect match for his bright gaze.
He shied away, tried to ride on,
but I caught hold of his reins and the sun stopped.
‘Tell me Helios. Where is my child?’
I could hear Zeus pause,
sense Poseidon in his seven seas,
feel Hades lurking like some guilty child.
The earth wobbled to a halt,
people hid their heads in fear,
birds from each and every tree
flew alarmed into the air. But I did not care.
I would not be reconciled with more false words.
And so I learned that Hades had emerged
from deep within the underworld
and carried off my perfect girl.


Those boys, always a conspiracy of silence,
a tacit understanding that things will go their way.
I looked at Zeus, her father, and saw he was not bothered.
Why should he be? It wasn’t he who’d nurtured her.
Once more I asked for her return.
They all stood there, grey-suited, smiling smugly,
their judgement passed already behind closed doors.
I knew then what I had to do.
I would withdraw my labour; exercise that simple right.
In the story of the Snow Queen,
no one asks what shard of ice grew in her heart.
So this is what I now decreed,
‘As long as you keep my daughter from me,
so shall I keep the seed underground,
nothing in this world will grow.’
At first no one cared. I didn’t mind.
Time was on my side. I was used to being ignored.
For weeks, the trees flared a vivid warning.
It went unheeded. Exhausted,
they dropped their leaves to the ground.
Frantic birds ate what they could find,
squirrels hoarded nuts, but mankind
just carried on as they’d carried on before.
And then the food ran out.
Across the land came scenes of malnutrition
like those seen at a distance on the television,
coupled with a dreadful cold.
Hades, in the business of death,
needed to take on more staff,
his turnover increased exponentially.
He had no time for my Persephone.


Me they would have hung,
led me up the stairs
to the trapdoor and the rope,
watched with eager eyes
as my neck snapped.

Me they would have pricked
to see if I could bleed,
searched for marks of concourse
with the devil,
marks left upon my skin
at birth, the proof of sin.

Me they would have swum,
thrown into the local pond
while all the village gathered round
to see if I would drown,
and if I did, perhaps one or two
would say, as final bubbles
broke the surface, that really
I was not that bad.

Or if I managed to survive,
take me sopping to a local tree
and string me up  –
sure now of my witchery.


They threw me in. I held my tongue,
would give none of them the satisfaction,
felt the cold burn into me and the dank
slime of the pond, its putrefaction
a forewarning of the grave to come.
I let the water close above my head,
heard their jeering cease and let myself
sink down, my skirts a swirl of storm-tossed
leaves. I never thought the pond so deep.
Light lessened, vanished and the dark was
quiet. I let myself sink down, down,
came to rest among the silt and mud.
Down here was pillow soft.
I waited, breathed through gills
that had appeared. Two toads I knew
approached like cats, one to sit upon my lap,
one to stand guard and watch.
Far, far above, the sunlight was a distant
dream, of flower-filled meadows, human
cruelty. Night fell. The blacky depths
were velvet on my skin. It was time.
I stirred myself, floated up and broke
the surface, felt again the burning cold.
The air was strange to breathe.
Houses round about the pond
were shuttered tight. A few lights
burned but others had gone early
to bed that night, to put an end
to the day, for people do not always
say what they think when there’s a crowd
and this can gnaw away at them.
They only have themselves to blame.
I found the shallows, stood on firm ground
and dogs began to bark with fear.


To anyone who expresses outrage,
who wants to know why so and so
did such and such, how could they,
what were they thinking of, I say,
you haven’t understood. It’s easy.
They were beyond thinking.
They’d reached the point
where they thought nothing.
Instead of grinding over hurt and anger,
rehearsing conversations in his head,
plotting revenge, wishing things
could change, he’d taken the gun
and, without thought, pulled the trigger,
letting consequences take care of themselves.
She’d written the note, swallowed the pills
with a What the hell, not connecting each
of these actions with any genuine farewell.
That mother holding her daughter’s head
under water is not thinking of how hard the years
have been and how they stretch ahead,
she’s not registering her daughter’s
struggle, thinks of nothing other than
the bubbles, stays there, in just that place,
till they stop rising to the surface.
It takes more thought, effort, consideration
to keep the wheel in the middle of the road,
than to see the bend ahead and just let go.


from The Instinct Against Death (Pindrop Press, 2012).

Order The Instinct Against Death here, here or here.