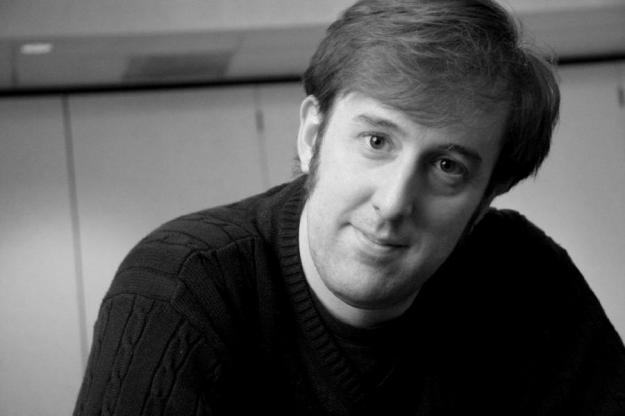 Robert Peake is an American poet living in England since 2011. In that same year, his collection Human Shade was published by Lost Horse Press in the United States, and he was long-listed in the UK National Poetry Competition. His poems have appeared in North American Review, Poetry International, Iota, Magma and others. The Silence Teacher (2013) is part of the Poetry Salzburg Pamphlet Series. Robert writes about poetry and culture at http://www.robertpeake.com. 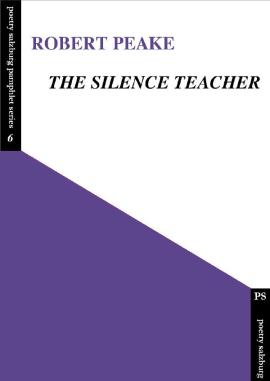 “Written in the seven years following the death of the author’s infant son, these poems explore the sometimes quiet and often startling nature of love and grief. Through a range of forms and panoply of figures—spiders, fish, a famous cellist, and prophetic apparitions—this collection probes what William Faulkner called, “the human heart in conflict with itself”.”

“The Silence Teacher is entirely remarkable for its dignity, its beauty, its many strengths of word and of witness. Robert Peake’s lines and images polish the hardest of grief-stones until it gleams, until it becomes almost bearable to hold. Here is poetry’s task and gift to us – untransformable loss made malleable and sustaining by the ways it is met, said, and seen.”

“If one locked a mute into the bell of a trumpet, changing the color of its song, its spectral envelope, one might approximate the timbre of Robert Peake’s threnody. Anyone who hears this wailing song written by a father for a son’s brief life will be haunted by its beauty and restraint.”


Seeing friends for the first time after his death
tested the silence a room could hold. The rest
was a kindness like holding our breath.

My wife’s oldest friend offers her best
brave smile, tells us about the first time
her daughter, in new hearing aids, passed a nest.

Pitched as high as a tin wind chime,
in a sphere beyond the rumble of speech
she only knew “tweet” from what her mother had mimed.

But birds’ hunger songs seemed as far from reach
as the angels Blake saw perched in a tree,
and sweeter than any science her mother could teach.

Her world was based partly on what she could see.
The rest was a guess – the flailing of a street preacher
seemed like the swats of a man attacked by bees.

Quick lips make it easy to misread a speaker,
and once at a party, based on what she had seen,
the girl introduced her mother as a “silence teacher”.

Grief’s small hands cupped before me,
reliving the news of our infant son’s tests,
his brain as quiet as her soundless sea,

and still as winter in a robin’s nest,
I did not say: I was the one who held him last
until the ticking heart stopped in his chest

or what that silence taught, and how it pressed.


from The Silence Teacher (Poetry Salzburg, 2013).