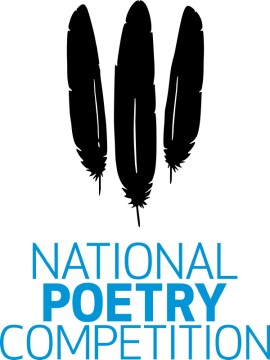 Allison McVety has become the 35th winner of the Poetry Society’s National Poetry Competition, with her multi-layered poem, ‘To the Lighthouse’.

The year I gave the book another go,
[the year my mother died], I learned
Everything big happens in parenthesis –
marriage, birth, the War, poetry. Is it the full
manuscript or just the bits in the middle
that count. Is it the woman at the window,
marking the hours, from cover to cover –
or these few lines …

from ‘To the Lighthouse’, by Allison McVety

Read ‘To the Lighthouse’ on the Poetry Society’s website.

Allison said she found winning the competition “unfeasible and thrilling”. She said, “In the context of the poem, winning the National is like being the most unlikely candidate for head girl and suddenly, in assembly, hearing your name called out”.


The judges – Jackie Kay, John Glenday, and Colette Bryce – read 11,663 new poems from 4,498 poets to arrive at their decisions. All the entries were anonymous.


“We admired the way this poem achieves several things at once. It makes you remember that strange sensation of returning to a book to find it altered only to realise the book hasn’t changed: you have … In three stanzas, this poem captures not just the movement of time (that so obsessed Woolf) but also the passing of time in the poet’s life, the journey from the girl in her exams, to the motherless woman at the end. It is a tour de force. It takes huge leaps and yet is shimmering with small details.”

Samantha Wynne-Rhydderch won second prize with her poem ‘Ponting’, inspired by the centenary of Captain Scott’s trip to the Antarctic, and third prize went to Zaffar Kunial for his poem ‘Hill Speak’, about his father’s native language. 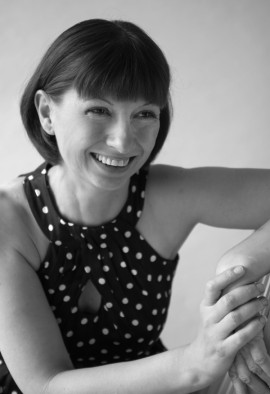 Allison McVety won the Poetry Business Book and Pamphlet competition 2006 with The Night Trotsky Came to Stay (Smith/Doorstop, 2007), and her second collection, Miming Happiness, followed in 2010. For many years an engineer, technical trainer and ITIL service manager at Microsoft, Allison left to manage a digital forensics company. She now works part-time for Smith/Doorstop and is writing her third collection.

Peony Moon was lucky to have a brief chat with Allison.


Congratulations! What’s the best thing so far about winning the National?

For most of us, winning the National is one of those career milestones that is both wished for and unachievable in equal measure. So the realisation that my poem had indeed won and would appear on the Poetry Society website, in Poetry Review and The Guardian was a perfect joy!


For ‘To the Lighthouse’ to have been under the eyes of a panel of judges whose own work I’ve read and admired and for it to be liked enough is like a dream. And, since I’ve had to keep the secret for a number of weeks, it’s been great to have the lovely team at The Poetry Society there to pinch me!


Back in the day, would that girl in the examination hall have been very surprised to hear that she would grow up into a poet?


Difficult question. Although I was writing poems at seventeen and would’ve liked a career in writing, my parents were keen on academic success. They saw a degree and a secure career as the only way for me to have a life that was markedly different from theirs. But don’t write this off as a sob story because they really did give me the wherewithal to have my cake and eat it!


As the winning poem is about an exam – what have you learned from writing poetry?


I’ve learned to look and see, listen and hear, much more acutely than I ever did. I know that may sound glib, a little obvious even, but if, as Andrew Motion says, a poem is one idea leaning against the next, then writers have to be receptive to the extraordinary that is everywhere in the ordinariness of their own lives – the good and the bad. After all, how else can we ‘Write it’?

Samantha Wynne-Rhydderch‘s two collections are Rockclimbing in Silk (Seren, 2001) and Not in These Shoes (Picador, 2008), which was shortlisted for Wales book of the Year 2009. Her third collection, Banjo, celebrates the centenary of Captain Scott’s trip to the Anarctic, and will be published by Picador in June 2012.


In the end we turned him into a verb:
to pont meaning to pose in ice and snow

until frozen. On the voyage south he’d be
tilting plates in the darkroom, in one hand

the developing dish, in the other a basin
of vomit. One minute he’d arrange us

in groups for the cinematograph, then rush
to the ship’s side. Once Ponco roped up

his JA Prestwich over Terra Nova’s bow,
balanced on three planks. He lost the tip

of his tongue when it stuck to the camera
at thirty below. Corneas can freeze

to peep-sight. At one hundred degrees
of frost the film’s ribbon will split.

To pont would also mean pontificate. He’d insist
on reeling the film slowly to prevent

sparks. We’d rehearse the Pole Picture:
mount the camera on the theodolite tripod,

wind twine over the trigger and guide it
round a ski stick to get the direction right.

He’d instruct us on setting the shutter, how to
use a flash in the tent with quarter of an inch of powder

and F11. En route to the Pole I sent back
negatives with the support teams, a sheet

torn from my sledging log detailing exposure
data; how composed we were, how cold.

Zaffar Kunial has been writing poetry for years, and studied in London with Michael Donaghy. He is part of a writing group in Leeds that includes both the poet Ian Duhig and last year’s National Poetry Competition winner, Paul Adrian. He writes greeting cards, and wrote a rhyming children’s book for M&S. ‘Hill Speak’ is the first poem he has submitted anywhere for publication.


There is no dictionary for my father’s language.
His dialect, for a start, is difficult to name.
Even this taxi driver, who talks it, lacks the knowledge.
Some say it’s Pahari – ‘hill speak’ –
others, Potwari, or Pahari-Potwari –
too earthy and scriptless to find a home in books.
This mountain speech is a low language. Ours. “No good.
You should learn speak Urdu.” I’m getting the runaround.

Whatever it is, this talk, going back, did once have a script:
Landa, in the reign of the Buddhists.
… So was Dad’s speech some kind of Dogri?
Is it Kashmiri? Mirpuri? The differences are lost on me.
I’m told it’s part way towards Punjabi,
but what that tongue would call tuvarda,
Dad would agree was tusaana –
‘yours’ –

truly, though there are many dictionaries for the tongue I speak,
it’s the close-by things I’m lost to say;
things as pulsed and present as the back of this hand,
never mind stumbling towards some higher plane.
And, either way, even at the rare moment I get towards –
or, thank God, even getting to –
my point, I can’t put into words
where I’ve arrived.


The eight commended poets are:

Antony Dunn for his poem ‘In Vitro’

Rosalind Hudis for her poem ‘Photograph’

SJ Litherland for her poem ‘Springtime of the Nations’

Ian McEwen for his poem ‘Our Lady of the Pylons’

Jackie Kay MBE was born in 1961 in Edinburgh to a Scottish mother and a Nigerian father, and raised by adoptive parents. Her first poetry collection, The Adoption Papers, won the Scottish Arts Council Book Award and a Saltire Society Scottish First Book of the Year Award. She has written numerous collections of poetry as well as fiction, drama and memoir, and appears regularly on the radio. Maw Broon Monologues (2009) was shortlisted for the Ted Hughes Award for New Work in Poetry, and Red Dust Road (2010), a memoir about meeting her Nigerian birth father, was shortlisted for the 2011 PEN/Ackerley Prize. She was awarded an MBE in 2006.

John Glenday‘s poetry collections are The Apple Ghost (1989) and Undark (1995), both published by Peterloo Poets, and Grain (2010), published by Picador. He was awarded a Scottish Arts Council Book Prize for The Apple Ghost, and Undark and Grain both received Poetry Book Society Recommendations. In 2010 he was shortlisted for the Ted Hughes Prize for Excellence in New Poetry, and for the Griffin Poetry Prize 2010 for Grain. He lives in Drumnadrochit, and works for NHS Highland as an addictions counsellor.

Colette Bryce A previous winner of the National Poetry Competition (2003), Colette Bryce has been North East Literary Fellow at the universities of Newcastle and Durham, and is currently poetry editor at Poetry London magazine. Her three collections, all published by Picador, are The Heel of Bernadette (2000), The Full Indian Rope Trick (2004), and Self-Portrait in the Dark (2008), which was short-listed for the Irish Times Poetry Now Award. Her pamphlet, The Observations of Aleksandr Svetlov, was published by Donut Press in 2007. She received the Cholmondeley Award in 2010.

Read more about The Poetry Society.