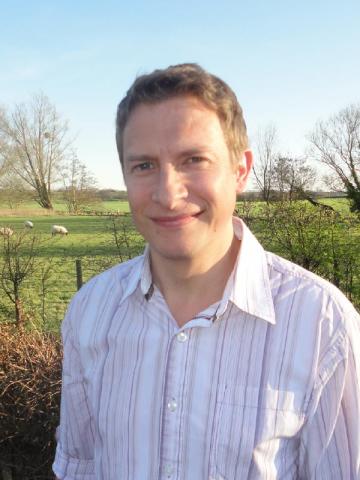 Andrew Frolish was born in Sheffield in 1975. After studying politics at Lancaster University, he trained to be a teacher in the Lake District. His poems have been published in a variety of magazines, including PN Review, Acumen, Envoi, Tears in the Fence, The Interpreter’s House, Pulsar, Iota, Orbis and The Agenda Broadsheet. He has received prizes in several competitions and won the Suffolk Poetry Society Crabbe Memorial competition in 2006. A selection of Andrew Frolish’s poems appeared in New Poetries IV, published by Carcanet, and his poems for children, along with lesson plans for teachers, have been published by Hopscotch. He now lives with his family in Suffolk, where he is a headteacher. Retellings (Nine Arches Press, 2012) is his debut collection. 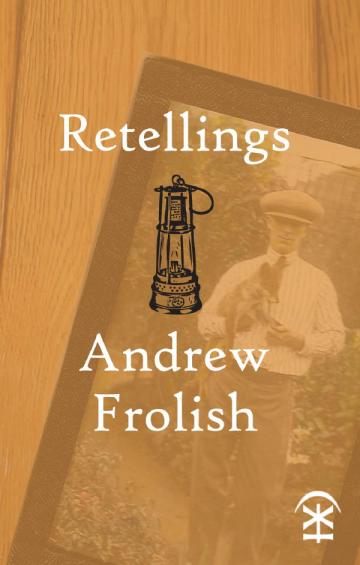 “Andrew Frolish’s debut collection, Retellings, finds its foundation in the stories we tell of love and loss, of the stories passed on to us and those narratives of life we write ourselves. Fathers and forbears loom large in poems that find them working long and unforgiving hours on the factory shop-floor, bringing wild animals in from the cold, and notable both by their presence and absence in Frolish’s poignant and measured poetry.

Moving between East Anglia’s stretching seascapes, childhood’s sometimes lonely landscapes and the wider world we venture into as we grow, each poem by Andrew Frolish unearths a story like a treasure find and brings it, clear-eyed and succinct, into a razor-sharp focus.”

“This first collection brims with the hidden pressures of history. Poems range widely, from rural and industrial tradition, through a lovely sequence of stone-skimming, to that mysterious exchange of energy between what is said and unsaid. Boundaries are pushed back, levitation is underwater. And Andrew Frolish knows too, how to let simplicity fall, like a blessing.”

“Andrew Frolish’s first book is in thrall to the physical world. There are factories where things and people are transformed; hospitals, crematoria, places in which the human creature is reduced and rendered. And there is the world of nature, rich, treacherous, full of surprises. Mechanical and organic metaphors wrestle with one another like Jacob and the Angel. And the imagination moves through this world aware of its incarnate being, its skin and sinew, in love, in awe, lamenting, celebrating. Time passing is registered in the extended rhythms of Frolish’s resourceful and evocative language.”

The Day You Go


I predict there will be an eclipse
lasting for hours and hours.
At first the birds will be silenced
but under the weight of expectation
this will give way to nervous
twittering and coded gossip.

The bees will give up
and walk, as if unwinged,
back to their quiet hives
while the sunflowers will droop,
casting their eyes to the earth,
looking for their own shadows
(they will never find them).

And people will gaze
into the sky waiting
for something to change,
shrinking as the gloom deepens:
an abyss surrounding
one small ring of light
that could mark the end
of another journey.


We return to the clearing night after night
expecting to see that white glow
peel itself off the moon again:
the owl swooping between spiny trees
and the slick currents of polluted clouds.

At night, stooping silently
under low boughs and heavy skies,
the earth comes alive with the crackling
and scratching of prey finding cover,
shivering through pauses in the hunting.

On the third night, we find the owl’s perch,
a tree stump, rotting in its coat of fungus.
Pellets litter the dirt below: little furry sacks
of indigestible waste, the undesirable
aspects of lives consumed the previous night.

Poking through the compressed fur,
delicate bones like wooden splinters.
Imagine the retching, coughing, snagging
mouthful of unwanted bitterness
spat in the clearing each night.

Stumbling our way home down unlit paths
where the fingernails of nightened trees
scrape the flesh from our cheeks,
I look at you as the moon slips from your face
and I feel the bones catching in my throat.


These secrets hang from us
like fruits; our boughs bend
under the weight of them.
The light that surrounds us
is not wasted on them
as they swell and ripen.

Our secrets go unpicked
while their season passes
silently and unnoticed.
Neither of us taking chances
with temptations such as these,
so we let them fall.

The apple falls close to the tree
where it softens into earth,
leaking quiet toxins
for our roots to absorb,
and channel to our hearts.

I’ve seen you
in those quiet moments
between breaths,
when all the colours
of the spectrum spill
from your eyes at once,
revealing passion after passion.

Watching you weaken,
and hide these holes in yourself,
I wonder how long it will be
before I can see through
your translucent heart.


Here in the dark zone
other animals wait,
living off the marine snow
that drifts from
richer shallows.

Light, in its absence,
forgets these shadows
of fish and brittle stars,
but continues to be
the giver, the provider.

These consumers waste nothing
of the detritus cascading
from the sun filled world —
particles and dead cells,
second-hand energy,
solar indirectly.

But rise sometimes
to spawn
in the deadened night,
coats burning
with bio-luminescence,
each one a sun
in its own right.


When night came, it was still just a house
with square windows and net curtains,
frosted panels and a hidden back-door key.
Inside, your scent lingered
and I wondered what we had started.

You pulled the anchor and the stars drifted by.
In turn, each of us left the other lashed to the wheel
to navigate alone.

The roof swelled, caught the wind
while ropes snapped and clapped
against the makeshift mast,
swaying hopelessly over the chimney.
Gulls circled and followed for a time
before arcing back into the horizons
we drifted from.

Days came. We marked them
into the deck with a knife
until we realised there would be no search parties.

Unfamiliar countries
rolled by like sea fog, ushered on
by invisible currents.

Dreaming of a desert island;
adrift, you and I.


I mean this literally: the sky was green.
Green like the moss creeping through our lawn,
algae in the shallow pond by the back door.
Not the green of freshly mown grass,
but something darker, more substantial.

We arrived at the ranch
to deranged and howling dogs,
running between bullets of rain water,
shaking vigorously when they failed.
Overhead, the porch light swung
side to side, throwing our shadows
this way, that.

We howled and danced to the veranda,
soaked and dripping human clouds.
Someone made a fire and we watched
the storm through the open door:
leaves tossed between bobbing trees;
furniture bounced against the workshop;
power lines swayed like drunks.

Sudden brightening layered the sky —
from a churning sea to the depths of her eyes.
And in that instant, the storm tossed a hailstone
the size of a man’s fist across the veranda,
into the house, to stop beside the fire;
waiting for the lazy warmth of the coals
to worry the edges of its ice-coat.

That night the bolted door,
almost shaken off its hinges,
stood its ground and kept out
the stones’ drumming feverish fingers.
And we danced in the dining room,
holding our partners close,
footsteps drowning out
the hail’s punchy persistence.
Her cowboy boots slithered
over the polished floor,
a peel of new lizard skin
as the storm starved and thinned.