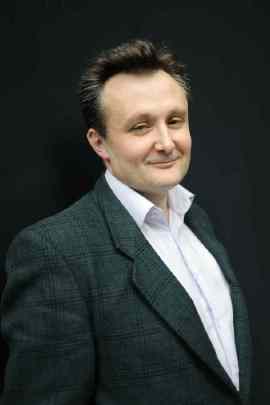 James W. Wood was born in Scotland and educated at schools in Canada and the United Kingdom before studying English at Cambridge, where his first pamphlet, Swingtime, was published with financial support from the university.

After leaving Cambridge, he won a scholarship to work with 1992 Nobel Prize winner in literature, Derek Walcott, in the United States. Since leaving North America for a second time, James has worked as a copywriter and media executive on four continents. He has also reviewed for The Times Literary Supplement, Poetry Review, The London Magazine, The Daily Telegraph and many others, and his poems have appeared in the above journals and further anthologies, including Faber and Faber’s First Pressings (1998). James is the author of two further pamphlets, The Theory of Everything (HappenStance, 2006), and Inextinguishable (Knucker Press, 2008). He is married with a son and currently lives in Toronto, Canada. 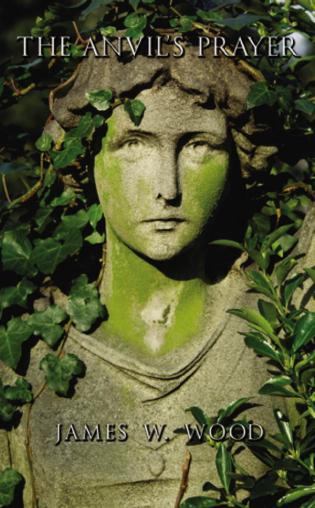 “The Anvil’s Prayer (Ward Wood Publishing, 2013) finds magic in the ordinary, heroism in the average person and beauty in the least likely places. Celebrating the wonder that surrounds us, James W. Wood’s first full-length collection turns from praise to elegy and exaltation in language which is as understated as it is precise and daring.”

“James W. Wood’s The Theory of Everything negotiates the daily business of living with insight and feeling.”


“James W. Wood’s The Theory of Everything is an exceptional first volume of verse, full of an awareness of the richness of everyday lives.”


“James W. Wood’s poetry couples a finely tuned ear with a remarkable mix of passion, idealism and down-to-earth good sense. Indeed, ‘The Song of Scotland’ – a powerful piece by any measure – may well be this century’s first significant state-of-the-nation poem.”


“James W. Wood is a talent to be reckoned with: both lyrical and humane, he has a technical ability with language that shines through every poem and a versatility that enables him to range effortlessly from elegy to satire.”


“James W. Wood cares about the precision and possibilities of language and about honest when dissecting the subtleties of human emotion, neither one to the exclusion of the other. His work is a pleasure to read and, when questioning or provocative, none the less pleasurable for that.”


Our hands hold the book: a poem
I must have read a hundred times before,
this your first time, eyes scanning
the page, stumbling, unsure. You listen

as I mouth rhymes I know too well,
rushing through them as though reading
a timetable or manual. You discover things
I should have seen but never spotted,

new points about this old poem
that will enrich our future. My eyes
fix on the last word on the page,
my heart races as you get near the end

and I wonder what this poem means to you –
I want it to say what I cannot find
the words to tell you as I catch my breath,
waiting for you to make up your mind.


The eyes of a horse in a field:
our animal other for fifty centuries,
now she’s a curious, distant beast
chewing remorselessly in rain. Conscious

of our presence, she keeps her thoughts
to herself, those truths we would deny
or mire in delusion. But for her
there is no doubt: birth comes quickly, death

too often too slowly, and life
a blur of joy and work in her world,
too fast and fast forgotten. Somewhere
beyond what we see, her folklore

riddles these fields: there, where she foaled
one early summer, or there, where
her head first dipped for fresh shoots,
and always will until at last she lies down

in her last place. Though she lives
far from our endless, panicked rush,
she knows our world too well:
the box that comes and carries her,

the needles we stick in her,
the metal shoes, the spurs and leather,
those instruments of a ruler, or so
we’d like to think. Lucky us

that she can’t speak, can’t say
how unexceptional and pointless
our worries are, how unattainable
the peace we seek without sorrow

or at least the patience to bear it –
something we used to learn
down all those centuries from
the eyes of a horse in a field.


It begins to snow. In Chicago
a baby boy is born. A cow lows
behind the ha-ha: a snail crawls
across the ceiling, scything sideways 9s.
His mother’s eyes, his father’s hands
hitting. Drinking. Screams press the boy
to drawing. A pen and ink,
roads open for escape, leading
to Harvard. A heart smoothed
to stone, tennis-racquet nerves
taut. Miss Eunice Slipper
picks up teacups in a house
called Collapsed Pudding in Mortshire;
then he’s outside the publisher,
building that long dark stair
up to a room in his heart’s mind
where bleeding he lay beaten
until his mother came in greeting,
come-for-tea’ing him. Warding off Ed
and all those Gorey details. Then fame,
children swallowed in the beasts
of imagination, the breast beaten,
sloping heads and unstrung harps. A man
alone in age, all one to him. A pen
again. Black ink and ten cats, he gains again
all that he wanted to ignore in us:
If something is worth
anything it isn’t worth
defining. Fur overcoat and tennis shoes,
black wire specs hid what no-one knew,
copies of the Daily News, the New York
City Ballet season. Haunted
by his father’s weeds, words,
deeds, over grown, going
over: a boy with a horror
of hands. When he unwoke up blue
and cold found outside it was still
snowing.


At fourteen years old he put to sea
in his father’s trawler. He hauled the nets,
watched the ropes freeze, rolled his cigarettes.
When the fishing shrank he came to shore
and policed the streets of the South-East.
After that came marriage, then a war:
he sent his wife home and signed up
to delve the bomb-swept seas around the Azores.

What makes our time better than the past?

You couldn’t say he was ignorant
or judge him by books he hadn’t read –
the Pelman Course for Self-Improvement
was his university for the untutored.
Think of everything he heard and saw,
so unlike those Pathé newsreels in your head:
dolphins at play with seals, gulls keeping score,
the heat-cracked deck, the spray, men killing or dead.

Did they call that combat stress?

After demob he worked for the GPO, silent
about the scars he’d seen. His medals
slept ranked in the sideboard, a store
of silver for a grandson too little
to understand or bear them. And at the last –
an oxygen mask, mint imperials in a dish,
gasped phrases, cancer his unwelcome guest,
an old sailor too ill to change the TV channel.

Who puts our bravery to the test?

So as you think on, ask yourself why
history gets written by those who are left
and not the ones who bear it witness?
In our panic-blind age, he’s still here
with all the pressing ranks of dead
who wish us well, watch our errors with regret –
if only our antiseptic online lifestyles
could bring us half his courage and strength:


One for sorrow.
I see them wherever I go:
birds perched on the prow of a ship,

oblique letters wheeling over the waves,
sunlight glancing off them as they dip

and rise above the postcard landscape
we know as home.
Two for joy:

all my life you were there, when I was
taken in to the old men, ‘this is Bobby’s loddie’,

in the cold, deep houses, their faces battered
by rain and tobacco, hands turned to stone

and scarred from the nets. Cans of Tartan
or whisky’s warming, talismanic glow

in a short glass. Your ever-present packet
of Players’. Your wristwatch and lighter.

Three for girls, four for boys.
That time
at my sister’s wedding, I had to bite harder

or I’ll no be aboot tae see ye do it.’ Five
for silver, six for gold. You never envied

the hordes who left for London
or further abroad; you never strayed

much further than Kirkcaldy or Leven,
home the anchor you would not weigh.

you kept smiling, still in love
with your wife, bowling and drinking,

watching a passing world. You were
no prizewinner, sportsman or great thinker,

just a man like any other, and one
whose life asks us for little grieving.

I make this for you not just
to mark your leaving, but because

the birds in the harbour won’t sing
the same since you passed on:

the boats sit too high in the water,
and the whalebones guarding the town have gone.

But those gulls still watch from the rocks
near the graveyard, guarding your headstone,

chiselled letters all that’s left
of a life that stays with me, like the crows

that fly overhead here in London,
calling out to me, chasing me home.


A hand and a key. Eyes aflame
as you babble about Rilke
and his angels. The engine starts – why

did you do it? No-one
you could talk to about the depths
you were driving into, no-one else

in that silence, only trees
and blackness and your mind
like a firework wheeling crazily

in the middle of that sunless wood
where you stopped the car, full of pills,
and fixed the pipe. You knew no God

except the one you spoke to privately,
struck dumb by the world, praying
to a dead poet whose angels wouldn’t come

as the fumes filled your car
and your head slumped forward. There
was no sound, no sound but your machine,

an engine turning over in the woods
with no-one to see it or care: you were
a Catherine Wheel blazing brilliantly

in a ploughed field at midsummer, a spark
that might have cloaked us all in fire
if only we could have seen it.

James reads ‘The Parting’ at his Poetry Café launch.