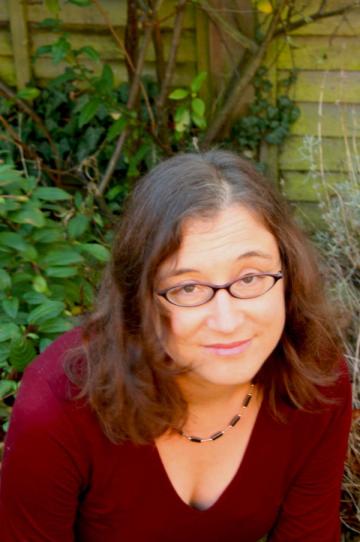 Joanne Limburg has published two full poetry collections for adults, Femenismo and Paraphernalia, both with Bloodaxe. A pamphlet, The Oxygen Man, was brought out by Five Leaves Press last year. Joanne has also published The Woman Who Thought Too Much, a memoir about OCD, anxiety and poetry. She is currently finishing a novel based on the life of Queen Anne, and beginning a PhD in Life Writing. Bookside Down (Salt Publishing, 2013) is her first book for children. 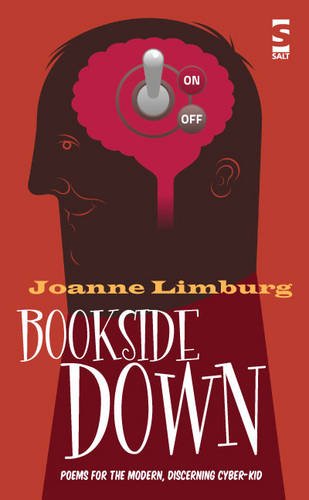 “The poems in Bookside Down (Salt Publishing, 2013) are written about and for 21st Century children, who are into their friends, the TV, Wiis, DS’s, computers, collectibles and things that make them laugh. They deal with important matters such as difficult schoolmates, daft parents, impossible siblings, the last days of the dinosaurs and the death of planet earth. In this book you will find rhyming poems, non-rhyming poems, poems that are conversations and poems that tell stories. You could read them to yourself, read them aloud, or even use them as patterns to write your own poems.”

“Joanne Limburg’s funny and tender Bookside Down sees things deliciously from the children’s point of view. The poems are set in the worlds children inhabit: the home, the playground, school, pocket money, TV and friendship. With a natural story-teller’s timing, a poet’s ear and a splendid eye for both detail and fantasy Limburg leads us through the jokes and puzzles of a childhood all children will recognise.”

The Sort of Boy

who says he knows
whatever you know already,
he’s known it for ages

who got whatever you just got
three weeks ago


Let’s see if you’ve been listening.
Can you give me something that begins with ‘anti-‘?

Not quite what I was looking for.
Let’s try another, ‘un-‘.

Un-cle Ian lives there too.


I think I might just watch today.
But you’ve got your costume on.

The water feels too cold.
But you’ve only put your toe in.

It’s splashing on my face now.
So what? You’re wearing goggles.

I don’t like the big boys jumping in.
It’s OK. We’ll move away.

I think I might get out now.
You’ve only just got in.

Well don’t leave me on my own!
But I want to have a swim.

I don’t like it when I can’t see you!
But I can swim—don’t worry.

I know you can, but I can’t!
Then just stay in the shallow end.


At swimming once,
I went to turn from front to back
and just kept turning,
just kept turning,
turning over,
over and over,
till the swimming teacher said,
‘What are you doing?’
and I said, I’m a crocodile.
This is the death roll
that crocodiles do
to tear their prey apart.’

‘OK’, she said,
‘You need to work on your butterfly now—
though I must say
your crocodile
is really coming on.’

The Potatoes My Dad Cooks


Let me now praise the potatoes my Dad cooks
for truly they are epic;

for they come from the oven smelling so sweet,
their smell delights my nostrils

and when they sit steaming in their dish,
their crispy coatings delight my eyes

and when I take one up and bite it,
the coating breaks with a crunch

and when I chew that mouthful,
the mouthful delights my tongue

and then it delights my throat,
and then, oh then it warms my insides,