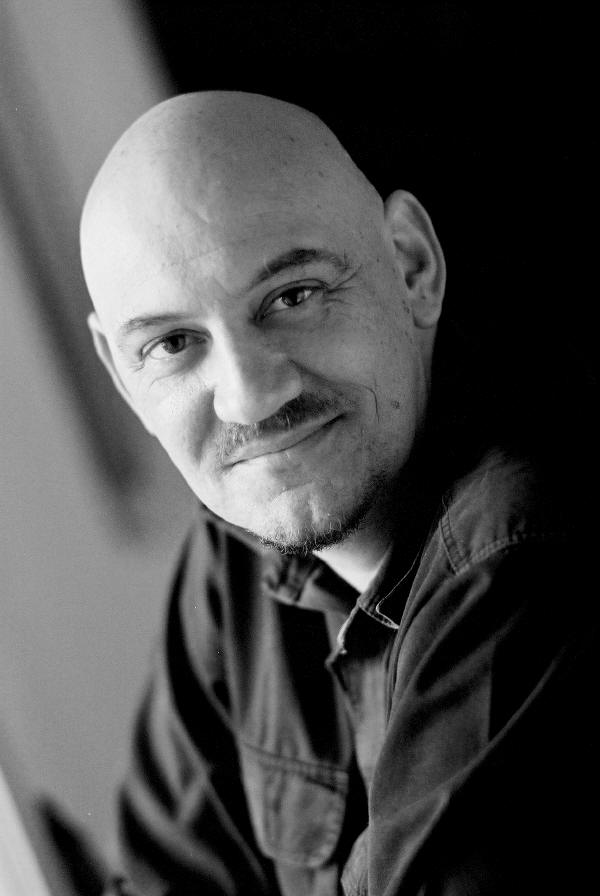 An award-winning poet and playwright, educator and editor, Kobus Moolman teaches creative writing in the Department of English at the University of KwaZulu-Natal in Durban. He has published five collections of poetry: Time like Stone (UKZN Press, 2000), winner of the 2001 Ingrid Jonker Prize; Feet of the Sky (Brevitas, 2003); Separating the Seas (UKZN Press, 2007), recipient of the 2010 South African Literary Award for Poetry; Anatomy (Caversham Press, 2008), winner of the 2008 DALRO Prize for the best poem to appear in New Coin magazine; and his latest, Light and After (deep south, 2010).

His award-winning play, Full Circle (dyehard press, 2007) premiered at the National Arts Festival in 2005 and had a successful run at the Market Theatre, before being produced at the Oval House Theatre in London, and in the United States. Kobus has also published a collection of his radio plays, Blind Voices (Botsotso, 2007), featuring a CD of the BBC production of his play, Soldier Boy.

He was editor of the literary journal, Fidelities, from 1995 until 2007. In 2010 he edited and published, Tilling the Hard Soil: poetry, prose and art by South African Writers with Disabilities (UKZN Press). He has a PhD in English Studies from the University of KwaZulu-Natal. 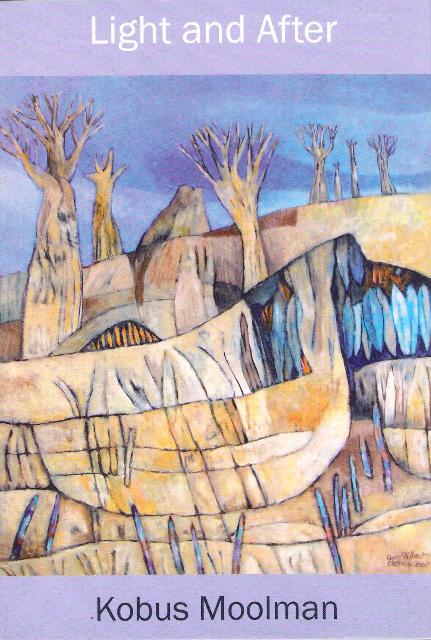 “Deeper and richer than before, Kobus Moolman’s voice in the poem cycle Light and After gathers strength to climax in the third section ‘Anatomy’. Sometimes terse and astringent, sometimes luxurious, the poems are always specific, rooted in the cycles of earth and body. This is a beautiful work, distinctively South African in its imagery and diction.”


“Moolman’s strengths as one of the leading voices in South African poetry come through when he’s most vulnerable – when he battles the varied manifestations of ordinary life.”


“Anatomy is searing, honest and brave. It opens to the reader in progressively intimate revelations that enable one to experience the narrator’s visceral reality.”


Light and After is published by deep south. It is distributed by UKZN Press. It can be purchased from Love Books, Protea Boekhuis, Exclusive Books or direct from the distributor on http://www.ukznpress.co.za. ISBN: 978-0-9584915-7-0

deep south publishers and dye hard press together with Love Books invite you to the joint launch of Light and After by Kobus Moolman and pushing from the riverbank by Alan Finlay.

The house was empty. In his dream.
A modern house. Large rooms. Polished tiled floors.
The house was empty, except for a green plastic table in the dining room. The garden furniture variety. A plastic table only. No chairs.
And he was sweeping the floor. In his dream. Because there were hundreds of small dry seeds all over the floor. Small white seeds. Just like you might find in a pepper. And he was sweeping them up with a grass broom into a pile underneath the table.
From all over the house.
Sweeping. Sweeping.
And the more he swept – fetching them now from the shiny kitchen, now from the cold bedrooms – the more he found.
It was night. The doors were open. Big glass sliding doors. He could hear the crickets or the frogs in the dark garden. As he swept.
It was their new house. With all the lights on. Their shiny, new, empty house. With large rooms. And that peculiar, slightly sinister, echo that all empty houses have. Houses that have not been domesticated yet.
The untamed silence. Of the new.
And then it happened.
The electronic motor-gate suddenly opened. All on its own. Suddenly. The large metal gate just trundled back slowly on its small metal wheels. Trundled along its metal track. Open.
And slowly shut. All on its own.
And opened again. With a life of its own. Open and shut. Slowly. Open and shut. In his dream.
Because something was coming in. Which he could not see.
Something was coming in. And going out again. Coming in. And going out again. Unable to make up its mind. Something he could not see. Of unrecognisable shape. Something he sensed only. With the hairs on his skin.
The way animals sense danger.

And God gave the man little wingless birds,
small as a shock,
to eat while He was away.

And a cup the size of a scab,
in case His return was delayed,
and the rain ran out.

But the man ate all the birds on the first day,
he was so hungry, and by
the second, the scab was picked raw.

Yesterday he could easily still believe
that getting to the top really amounted to something.
That if he had a goal, he would ultimately reach it.

Today he woke up
and saw himself in the small mirror behind the bathroom door,
and saw the cuts under his eyes,
the holes in his hands.

And at that moment he knew
that the body is not flesh, it does not feel.
That it is made of sand instead. And it runs out.

accept incompleteness as our blessing.

We who dress in blindness and in faith

do not know the colour of our palms

nor the weight of our feet upon the water.

We who have dust in our mouths all day

have stones on our tongues instead of songs.

We who quench fire with fire all night

know that wings are not the only ladders

to the dark, that heavy wood swims too

in the tide of the wind.

We who accept survival

accept survival as our curse.

The foot is a hole.
A stone.
A black stone.
A hole made by the stone
before the hole was made.
A hole that the stone cannot get out of,
no matter how black, and blacker still,
its skin goes –
Until its skin begins to crack, and
pieces flake off.
Chunks of rock falling into
the black hole that the foot grows
beneath its shadow.

The foot is a stone.
Underneath the stone is a hole
that spreads and shrinks and
spreads again as the wind blows.

The hole smells like words left a long time
in the crevice between two teeth.
Like words that have been closed up
too long in the dark pit of the mouth.
Sweating all night. And sleepless
in the day.

The foot is a hole made by a shard
of memory.
It walked through black mud
one morning on the edge of a brown lake,
where the birds waded deep up to their cries,
up to their blue wings.
It walked through the black mud and
into the lake.
And the water was not cold,
the foot said.
Come in, the foot said. The water is warm.
Look.
And it bent and scooped up the old skin
from off the surface of the lake and
threw it up into the air.

Its new name was loss.
And rot.

The foot remembers the brown lake
always, and longs to return
to the warm water, to the impenetrable depths,
lurking with the voices of fishes.

It remembers the brown lake
with its long waving hair and its green eyes,
and it wants to laugh again, loudly,
the way the long grass does.
It wants to laugh again.
But there is a hole.
There is the hole made by the red stone
that does not heal. Ever.
The hole that never closes over.
Even when it seems to.

I hold the foot in my hand every night,
spit onto it.
I spit into its red hole and
mix the spit with sand and honey,
and pack it full. I pack the hole full
every night, and when I go to sleep
I dream that the hole is growing a skin over it.
That a wide bridge is falling out of the sky,
and that it lands on the foot,
and that it covers the deep distance
between the edges of the red hole.

The foot pretends that it has something to say.
That the fishes in the brown lake and
the birds in the air and the stones, too,
in the black desert
want to hear what it has to say.

But to be honest,
it has all been said before.

from Light and After (deep south publishing, 2010).