Paul Maddern was born in Bermuda of Cornish and Irish stock. He attended Queen’s University, Ontario, where he studied Film. He graduated in 1983 and then spent a short time with the Colorado Ballet before moving to San Francisco. In 1987 he relocated to London and worked at the Groucho Club and 192 Restaurant. He settled in Co Down, Northern Ireland, in 2000 and obtained an MA in Creative Writing from the Seamus Heaney Centre, Queen’s University Belfast in 2005. He was awarded a studentship by the Centre to continue with a PhD, which has involved establishing a digital archive of poets reading their work in public. In 2009 he won the Templar Poetry Pamphlet Competition, resulting in Kelpdings. In 2010 he was awarded a grant by the Arts Council of Northern Ireland, which facilitated the publication of The Beachcomber’s Report (Templar, 2010), nominated for the 2011 Eithne and Rupert Strong Award for Best First Collection. He is on the committee of the John Hewitt Society and on the Advisory Board of the Seamus Heaney Centre. Together with Alex Wylie, he has founded the online journal Poetry Proper. 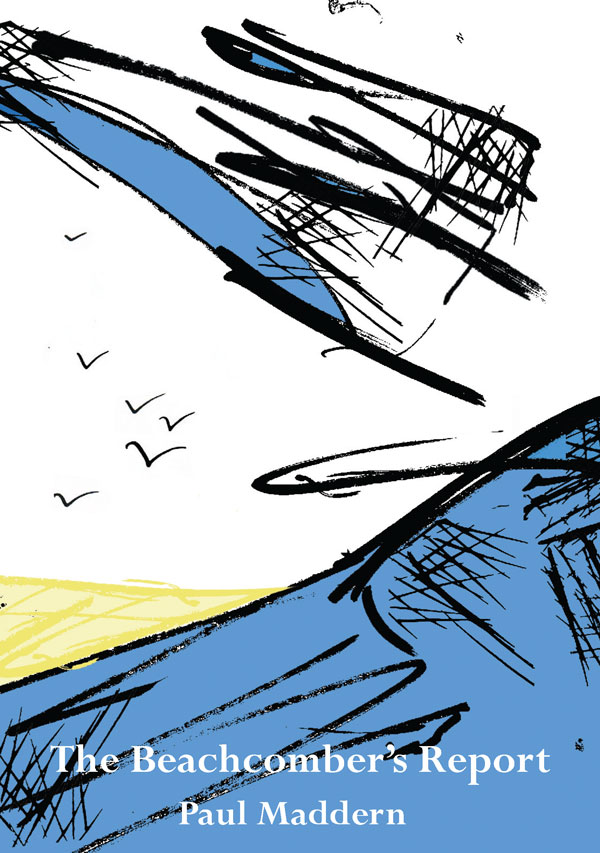 “Paul Maddern has a sense both of the necessary rhythms of a poem – something that looks right to the eye and sounds right to the ear – and also of poetry’s conscience. There is technique here, there is insight, there is passion, knowledge, zeal.”


“On one occasion Maddern says: ‘For I would tell you simply …’, but thankfully he never quite delivers on that promise. The poems lead us astray, through strange landscapes and noir cityscapes . ..they deftly knit together non-sequiturs and scene-changes. They segue into poems by other poets … they have gargantuan stipulations for the most mundane of activities. They refuse to provide crescendos and imagistic flourishes where expected, instead furnishing further lyrical qualification and explanation. In short, they constantly and suavely surprise.”


On Mastroianni in A Special Day

The world, Marcello, has gone outside
to witness Adolph hold hands with Benito.
We have watched your booted and tasselled neighbours
running to become the newsreel’s throng.
But I linger with you, at a simple table,
our backs to the state apartment’s view.
And I will mirror you:
let us rest our chins once more
on the back of our hands and sigh.
Like this, I will fall for you again,
the face that pretends a curriculum vitae
of macho bravado, betrayed by its history –
the cheeks too quick to blush, the lips to tremble.

Together we define the ipsissima verba for entrapment
which leads to the problem of filling our time.
So you grind beans for a last cup of coffee,
lend me your The Three Musketeers for escape
and we dance the rumba once more as an act of defiance.

Hold me tight and pilot me up to the tower block’s roof
where we can display ourselves above all of Rome.
Two men among immaculate avenues of boiled-white sheets,
we move from back projected silhouettes
to abandon ourselves in the levelling glare of sunlight
where our secret must slip. Listen for the fall.
But just this once, Marcello, I will be allowed
to wrap you in cotton and steal you from harm,
smuggle you into alien cities
where we will be free to dance the latest craze
with legions of courageous d’Artagnans.


Yours was the face I almost lived a lie for,
that might have brought about the 2.4,
not this sterile A4 annual report
about the daughter’s aptitude for sport,
Ted’s reunion and the dress you wore.

I want to know: did the dress allow
seductive développés and port de bras,
did sling-backs reveal triumphant arches,
were accountants left unconscious
and the husband damning Terpsichore?

But should I be content if my Odette
is happy to distract suburban courts?
Nibble canapés my swan, forget
this mincing prince who hoped we might be more.

Neglected magnolias,
those old retainers,
are left to petal dust
and trace their roots
back to the gloom
of the garden’s vanishing point
where crabgrass meets
sand, ocean and thundering sky.

In the foreground
an old man mimes shoo away
to a child stepping
clean from noon rains,
an audience standing its ground,
anticipatory,
waiting for asphalt to dry
and the scene to crumple.

The daughter to the music teacher
sotto voce hums a tune
her mother did not give her.

from The Beachcomber’s Report (Templar Poetry, 2010).