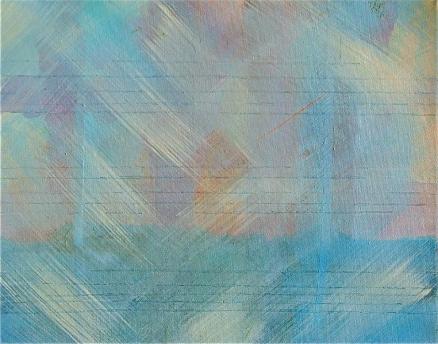 Simon Howard was born in Fulham, London, in 1960. He attended University College London & was active as a poet until the early 90s when self-disenchantment with his voice led to muteness. He began to publish again in the late 2000s; his books are ZOOAXEIMPLODE (The Arthur Shilling Press), Numbers (The Knives Forks & Spoons Press), adrift (The Red Ceilings Press) & recently Wrecked (Oystercatcher Press). He has contributed to a tribute volume for Barry MacSweeney & has a blog at http://walkingintheceiling.blogspot.co.uk/ where much of his work is available. He has four poems forthcoming in the second edition of Snow, the new literary magazine edited by Anthony Barnett & Ian Brinton.

“Simon Howard’s poetry has the rare quality of evoking ‘images’ whose ‘sonic’ component is as memorable as (and indistinguishable from) the visual – and not because musical references are threaded through the poems; rather, everything in this poetry emerges from an obsessive sensitivity to a music which is not just ‘in’ the words but surrounds and informs them, in ways that no other poetry I know can do.”

The lines give a sense of the breadth of Howard’s landscape. A landscape of stones, of green LED lights, the screen, keyboard clicks, domesticity, songbirds somewhere. Quiet terror, silent determination, endless waiting. Eerie as Hegel, peaceful as unrest. Wrecked is a remarkable chronicle, a calm refusal of the implosive Tory apocalypse.”

“Wrecked is a collection sewn tightly with ephemeral, vivid dreamscapes that dart from butterflies to the odd polar bear. The transience of nature is contrasted with signifiers of everyday life such as chairs, cupboards and cigarillos. Complete with a Teutonic instrument that continues to lure the reader further in, it is a book in which the musicality remains with the reader well after it is finished. Each word is packed with a precision that would make the most attentive of double bass players blush. London Town may be invisible, but Wrecked’s charm and cohesion is there for all to see.”

“Read outside, through the damage. These lyrics ring out vestiges of song in silent alphabets, in the calligraphy of birds and plants. Short lines find their way into pathways, fragments return in cannibal tongues and singular scores. There is wonderful order here, and the work of encountering what it might continue to be, while the pelting of sounded and violent contradiction goes on. Listen to the stranger, to what flutters from mouths: you are here.”


What is said will be any secret
the slow trudge

scribbleenscrypted –
big cat found in a block of ice

levitation, a bramble scratch
a vocalise


Disquiet at finding myself inside a house
with good weather outside, inside the branches thrashing

where the moon is blank the stars never lose brilliance

told me I couldn’t stay

games o eerily quiet everything hidden
even the inconsolable

I think someone is asking us their identity

was known as navigator’s parsley
or incendiaries

a boat on a canal
in the next country by alphabet

insect dreams project
on tiny screens inside our tears

what flower do you associate with a quiet day in your life(?)

I think I can make me
out moving behind curtains

though he may also be invisible
just like London Town

a white perfumed bush
lifts into the sky below my feet

there are advertisements forgotten
on a patch of forgetful ground

describe your experiences of semi-invisible architecture
try to stop crying

we were waiting for a train
when a huge tempest broke over the sea, I

attributed your exemplary calm
to my eating an ice cream

Read Ian Brinton’s review at Tears in the Fence.