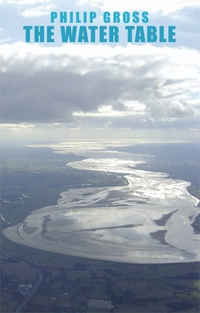 Congratulations to Philip Gross for winning the 2009 T S Eliot Prize for Poetry with The Water Table, published by Bloodaxe.

Born in Cornwall in 1952, Philip Gross lived in Bristol and Bath for many years, and now lives in Penarth in South Wales. His previous collections include The Egg of Zero (2006), Mappa Mundi (2003), Changes of Address: Poems 1980-1998 (2001), The Wasting Game (1998) and several collections for children, including Scratch City (1995) and The All-Nite Café (1993). He has recently published I Spy Pinhole Eye, a collaboration with photographer Simon Denison, published by Cinnamon Press. He is also the author of ten highly-praised novels for young people. He is currently Professor of Creative Writing at Glamorgan University.


The other nine shortlisted poets were:

Eiléan Ní Chuilleanáin was born in Cork City in 1942. She was a founder member of Cyphers, the literary journal, in 1975. Her first collection, Acts and Monuments (1972), won the Patrick Kavanagh Award. Recent books include The Brazen Serpent (1994) and The Girl who Married the Reindeer (2001). Her Selected Poems was published in 2008. The Sun-Fish is a Poetry Book Society Recommendation and draws on themes from Irish history.

Fred D’Aguiar was born in London in 1960 to Guyanese parents and grew up in Guyana , returning to England when he was a teenager. His previous collections include Airy Hall (1989, winner of the Guyana Poetry Prize) and Bill of Rights (1998, shortlisted for the T S Eliot Prize). He is also the author of four novels, the first of which, The Longest Memory (1994), won both the David Higham Prize for Fiction and the Whitbread First Novel Award. Fred D’Aguiar is currently Professor of English and Gloria D Smith Professor of Africana Studies at Virginia Tech State University and a sequence of poems in Continental Shelf was written after the shootings there. This collection was the Poetry Book Society Summer Choice.

Jane Draycott was born in 1954 and studied at King’s College London and Bristol University. Her previous collections include Prince Rupert’s Drop (1999; shortlisted for the Forward Prize for Best Collection) and The Night Tree (2004), both Poetry Book Society Recommendations. In 2002 she won the Keats-Shelley Poetry Prize. She was chosen as one of the Poetry Book Society’s Next Generation Poets in 2004. Draycott has worked as a teacher in London, Tanzania and Strasbourg, a resident writer at Henley’s River and Rowing Museum and a Royal Literary Fund Fellow at Oxford Brookes University. She now lives and works in Oxfordshire.

Sinéad Morrissey was born in Portadown, Co Armagh, in 1972 and grew up in Belfast. She is the author of three previous collections: There Was Fire in Vancouver (1996), Between Here and There (2002) and The State of the Prisons (2005). Her awards include the Patrick Kavanagh Award, the Rupert and Eithne Strong Award and the Michael Hartnett Poetry Prize. She is lecturer in creative writing at the Seamus Heaney Centre for Poetry, Queen’s University, Belfast . Through the Square Window is the Poetry Book Society Winter Choice and the title poem won the 2007 National Poetry Competition.

Sharon Olds was born in 1942 in San Francisco. Her first collection of poems, Satan Says (1980), received the inaugural San Francisco Poetry Center Award. Her next collection, The Dead & the Living (1983), received the Lamont Poetry Selection in 1983 and the National Book Critics’ Circle Award. Her other collections include Strike Sparks: Selected Poems (2004), The Unswept Room (2002), Blood, Tin, Straw (1999), The Gold Cell (1997), The Wellspring (1995), and The Father (1992), which was shortlisted for the T S Eliot Prize and was a finalist for the National Book Critics’ Circle Award. She currently teaches creative writing at New York University. One Secret Thing, which was a Poetry Book Society Recommendation, explores the themes of war, family relationships and the death of her mother.

Christopher Reid was born in Hong Kong in 1949 and studied at Oxford. He then worked as a freelance journalist and as book review editor of Crafts magazine. His first poetry collection, Arcadia (1979), won the 1980 Somerset Maugham Award and the Hawthornden Prize. This has been followed by Pea Soup (1982); Katerina Brac (1985); In The Echoey Tunnel (1991); Expanded Universes (1996); For and After (2002); Mr Mouth (2005) and The Song of Lunch (2009). He is often cited as co-founder with Craig Raine of the ‘Martian School’ of poetry which employs exotic and humorous metaphors to defamiliarise everyday experiences and objects. He has also written two books of poetry for children: All Sorts (1999) and Alphabicycle Order (2001). A Scattering (Arêté Books) is dedicated to the memory of his wife, the actress Lucinda Gane.


George Szirtes, The Burning of the Books and Other Poems (Bloodaxe)

George Szirtes was born in Budapest in 1948, and came to England with his family after the 1956 Hungarian Uprising. In recent years he has worked as a translator of Hungarian literature. He co-edited Bloodaxe’s Hungarian anthology The Colonnade of Teeth. His previous collections include The Budapest File (2000); An English Apocalypse (2001); Reel, winner of the 2004 T S Eliot Prize; and New & Collected Poems (2008). He lives in Norfolk and is Reader in Creative Writing at the University of East Anglia . The title of The Burning of the Books and Other Poems refers to the events at the end of Elias Canetti’s Auto da Fe.

Hugo Williams was born in 1942 and grew up in Sussex. He worked on the London Magazine from 1961 to 1970, since when he has earned his living as a journalist and travel writer. His previous collections include Billy’s Rain, which won the T S Eliot Prize in 1999, Collected Poems (2002) and Dear Room (2006). He writes a freelance column for the Times Literary Supplement and lives in London . West End Final, which includes poems about his father, the actor Hugh Williams, was the Poetry Book Society Autumn Choice.

Simon Armitage was born in Huddersfield in 1963 and currently lives in West Yorkshire . In 1992 he won the Best First Collection for Kid (Faber) at the inaugural Forward Poetry Prize, and a year later he was named the Sunday Times Young Writer of the Year. He became a Fellow of the Royal Society of Literature in 2004. He works as a freelance writer, broadcaster and playwright, and is currently a Senior Lecturer at Manchester Metropolitan University. His other titles include, Book of Matches, The Dead Sea Poems, CloudCuckooLand, Killing Time and The Universal Home Doctor. Tyrannosurus Rex versus the Corduroy Kid (Faber, 2006) was shortlisted for that year’s T S Eliot Prize. His latest books include a new translation of Sir Gawain and the Green Knight (Faber, 2007), The Not Dead (Pomona Books, 2008) and Out of the Blue (Enitharmon, 2008).

Colette Bryce was born in Derry in 1970 and has lived in England, Spain and Scotland. She received an Eric Gregory Award in 1995, and won the Aldeburgh Prize and the Strong Award for her first collection, The Heel of Bernadette (Picador, 2000). In 2003, she won the National Poetry Competition for her poem The Full Indian Rope Trick, which became the title poem of her second collection (Picador, 2004), shortlisted for the T S Eliot Prize that year. She was Fellow in Creative Writing at the University of Dundee from 2002-2005 and North East Literary Fellow (University of Newcastle ) from 2005-2007. Her latest collection is Self-Portrait in the Dark (Picador, 2008). She works as a freelance writer and teacher, and was recently appointed Poetry Editor at Poetry London.

Penelope Shuttle was born in Middlesex in 1947, and has lived in Cornwall since 1970. She received an Eric Gregory Award in 1974, and her first full-length collection was The Orchard Upstairs (OUP, 1980). This has been followed by seven further collections, three of which have been Poetry Book Society Recommendations, including Adventures with My Horse (1988) which the PBS re-published in 2008 as part of its Back in Print series. She is also the author of three novels and with Peter Redgrove has written two non-fiction books and two further novels. She reads her poetry throughout the UK, is an experienced poetry tutor, and is the current Chair of the Falmouth Poetry Group. Her latest collection, Redgrove’s Wife (Bloodaxe, 2006), was shortlisted for both the Forward and the T S Eliot Prizes. Her new collection, The Repose of Baghdad, will be published in 2010.