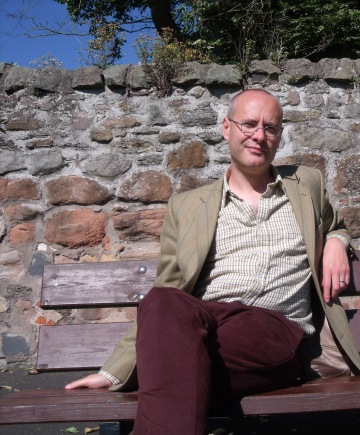 Tony Williams grew up in Matlock, Derbyshire, lived for a decade in Sheffield and now lives in Alnwick. He teaches creative writing at Northumbria University, but previously worked as an environmental charity worker, dogsbody in a French restaurant, and custodian of a disused lead mine. He was also a failed child wrestler. He writes poetry and prose fiction. His first collection of poetry, The Corner of Arundel Lane and Charles Street, was published by Salt and shortlisted for the Aldeburgh First Collection Prize and the Portico Prize for Literature. 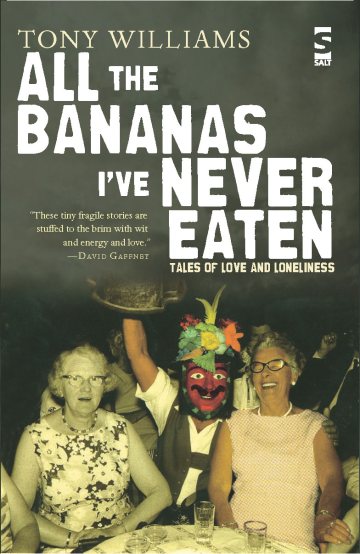 “Who are the stars of these brief lives? A boy who steals a trundlewheel. An astronaut. A betrayed wife. A man jealous of his lover’s chickens. Commuters. Glampers. Psychotic twins. What do they have in common? Nothing – except the funny-haha and funny-strange conditions of their lives that bring them joy or misery and make us laugh at them and pity them and love them too.

What happens when you lose both your eyes to squash accidents? When you inherit a shop full of curios? When you fall for the spirit of a famous murderer? When your son’s a tramp? When the one you love is about to kill herself? Or has the Ganges delta in her bloodshot eye? When your butcher doesn’t know anything about meat? Discovering the answers to these questions will knock you sideways – and show that the more we understand about people’s oddity, the more we come to appreciate their essential humanity.

In these tiny stories, written over a period of a few short months, Tony Williams pushes the limits of prose fiction, homing in on the moments that sum up lifetimes and their complicated, bittersweet emotions. Each story crams a whole world into a couple of pages – you can sneak them one at a time whenever you have a spare minute, or gobble the lot – with a cast of hundreds – in a single day.”

“These tiny fragile stories are stuffed to the brim with wit and energy and love. Their architecture is perfect, as if a thousand complex worlds had been painted onto a grain of rice. If you’re like me you’ll want to read them over and over to unearth their secrets and find out why they leave such a long and lovely aftertaste.”

“Tony Williams has a special talent for assembling the magical out of the mundane – whether that be pub carpets, satnavs, mattresses or bananas. These short short stories often deal in pain, in death, in loss and loneliness, in absence, in anger and in shame, but Williams always makes sure that fragments of hope emerge, like the music of an oboe, that short burst of happiness that lights up the dark.”


When Rachel left I started getting these dreams. You’d call them nightmares: I’d wake up sweating in the night, hearing myself speaking the last half of sentences – I daren’t repeat them. Vivid, curly dreams, like pub carpets, as if I’d gorged myself on blue cheese and whisky before I went to bed. Which, sometimes, I had.

In the morning I woke up and stared at the ceiling. The whole room was white, as Rachel had wanted it, and the after-images of my dreams would be projected up, like I was a millionaire with a TV screen for a roof showing the works of Hieronymous Bosch animated by Brian Eno. I lay there and watched it till it faded. The fading made me sad, and one day in the moment before I got up to make a cup of coffee I decided to make the vision permanent.

It took a weekend to put up three good coats of white gloss as an undercoat. I wanted the ceiling to sing. Then I went down to the hobby shop and bought a set of camel-hair brushes and a lot of money’s worth of paint. Crimson, mainly. And gold.

I did the ceiling in a kind of grid, though lizard’s tails and scallops of lace and fronds and beetles leapt over the edges of the squares. In the squares I did stern portraits of the stars – Knight Rider and Princess Di and Brucie and Tim Berners-Lee – and of course a fair few of my mother and other relatives like that. Sometimes I invented a coat of arms if the person didn’t have one and I thought they deserved it. All around the grid I did flowers and horrible creatures, and once I’d done all that I went back and filled in the gaps with writing. I knew what I wanted to say, but the writing took the most time of all because I wanted it to be neat.

Once I’d finished the ceiling I celebrated with a takeaway and a shave. And then I started on the walls – first of the bedroom, then of the landing, and then all over the house. The man at the hobby shop, he’s my friend. I painted each door differently: a map, a giant bar of chocolate, the cover of my favourite book, a door. I painted the inside of the bath with sea monsters and the faces of everyone who’s ever presented Countryfile. I lie in it at night, soaking the paint off my body, naked in the cauldron of the gods.


Some people go their whole lives without realising they have no soul. Then they get to the division room and a buzzer goes off and they’re herded into a separate queue. They have to watch the others shuffling off to paradise. Sometimes a couple are killed in a car crash and one goes in and the other joins the line of the soulless, and they in particular make a lot of fuss.

‘But I listened to Dvořák,’ they say.

‘I read The Leopard.’

‘I wept over my son’s dyslexia.’

St Peter shakes his head and shows them the x-ray. They won’t believe it. So he borrows a compact from one of the women, blesses it, and holds it up in front of them. And it is one of the small mercies of the Lord that however they stare and search they will never see the terror in their own faces, although they see it in each other’s and know that it is real.