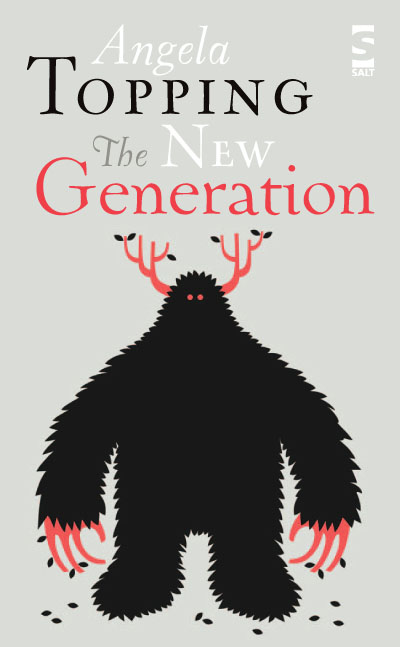 Angela Topping draws her inspiration for her children’s poems from her bookish childhood full of make-believe and fairy stories, her work with children, both as a poet-in-schools and an English teacher, and as a mother of two lovely daughters, now grown up. The New Generation (Salt, 2010) is her first collection for children, however, she is the author of three poetry collections for adults. She is also known for her educational resources, critical books and as a reviewer. 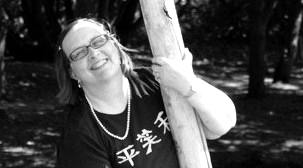 “A lively collection that will capture the interest and imagination of young readers.”


“To quote one of her poems “It’s kids stuff – but I like it”. Except it isn’t just for kids. Rich in language, tone, style and voice, the variety of subjects that matter ensure that adults and children alike will find much to delight in.”


“Among the whimsy that sometimes passes for children’s poetry, Angela Topping’s new book stands out. It is witty and technically inventive. Like most of the best poetry, it stands at a slight angle to the world.”

My Auntie Jane is a funny old stick:
She’s been alive for ever.
She likes to wear a long black dress,
a hat with a raven’s feather.

Her skin is pale like marble,
her teeth are gleaming white,
her eyes are hard to fathom
She’ll go out only at night.

She chooses crimson lipstick,
pointed shoes upon her feet,
her hair is swept up high.
I’ve never seen her eat.

I’m not allowed to visit her
without my mum and dad:
she has some quaint old habits:
my friends think she is mad.

Her house is quaintly spooky.
It’s old fashioned, dark and cold.
She hugs me very tightly,
I can’t escape her hold.

She always keeps the curtains drawn
and does not like the light,
there’s not a mirror to be seen
for she claims she looks a sight.

She tells me how she loves me
She’ll eat me up, she cries,
What pointed teeth my auntie has
What terrifying eyes!

My parents say it’s time to go
And wrap me in my coat
They take such special care to tie
my scarf around my throat.

They say Aunt Jane’s eccentric
and is better left alone
with her spooky castle of a house,
her bed carved out of stone.

He was a tall black Arab,
She was five years old,
the first black person
she had ever seen.

It was love at first sight.

He was big and gentle,
sat her on his knee,
called her a little lady,
taught her strange new facts.

They were always together.
In his home he was a teacher.
She loved his beautiful skin,
his soft curly hair.

Now she knew the world differently.

Walking in the garden
she only reached his knee,
Her small hand resting
in his huge strong fist.

He sent her postcards for years.

Only later did she know
how her father had
defended him from
people in the street.

How could anyone not love
Nasr Hassan Abbas?
His very name was a poem.
A shelter from any storm.

Now she knew the world differently.

4 thoughts on “Poetry for children and the young at heart”